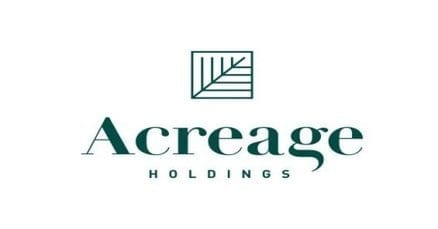 “I could not be more pleased with the overwhelming support displayed by our Shareholders,” said Kevin Murphy, Founder and Chief Executive Officer of Acreage.  “This is a clear referendum by our Shareholders on the enormous benefits of the Arrangement with Canopy Growth, and I would like to thank all Shareholders for their continued support.”

Acreage expects that the hearing date for the application for the final order of the Supreme Court of British Columbia (the “Final Order”) ‎will take place on or about June 21, 2019 in Vancouver, British Columbia.  Following the satisfaction or waiver of all conditions to closing, including the receipt of the Final Order, Acreage will implement the Arrangement as contemplated in the Circular.  Acreage anticipates making a further announcement regarding the anticipated date for the implementation of the Arrangement and confirming the record date for fixing the holders of Acreage Shares (and certain other eligible securities as described in the Circular) eligible to receive their proportion of the US$300,000,000 option payment to be made by Canopy ‎Growth.

Headquartered in New York City, Acreage is the largest vertically integrated, multi-state operator of cannabis licenses and assets in the U.S. with respect to the number of states with cannabis related licenses, according to publicly available information. Acreage owns licenses to operate or has management or consulting services agreements in place with license holders to assist in operations of cannabis facilities in 20 states (including pending acquisitions) with a population of approximately 180 million Americans, and an estimated 2022 total addressable market of more than $17 billion in legal cannabis sales, according to Arcview Market Research. Acreage is dedicated to building and scaling operations to create a seamless, consumer-focused branded cannabis experience. Acreage’s national retail store brand, The Botanist, debuted in 2018.

Click here to connect with Acreage Holdings (CSE:ACRG.U,OTCQX:ACRGF,FSE:0VZ) for an Investor Presentation.