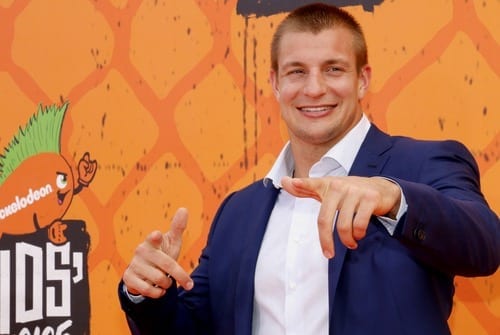 The now-retired NFL player will act as a spokesperson for pain relief products from hemp-derived CBD maker Abacus Health under a new partnership.

In a press release, the company confirmed Gronkowski will act as a spokesperson for its CBD recovery products. He will participate in the marketing of new products, and Abacus also teased that Gronkowski could help in the development of new CBD items.

“(Gronkowski’s) passion for living life to the fullest while maintaining a healthy, natural, and pain-free lifestyle aligns perfectly with the mission of our company,” said Perry Antelman, CEO of Abacus.

After more than a decade of living with pain, I started using @cbdmedic_pharma products for recovery and I was blown away. So proud to partner with these guys https://t.co/Re8r1b6MXq

In a statement, Gronkowski said after his retirement he started exploring options to treat his pain from playing football. Gronkowski began his professional career in the NFL in 2010, and suffered a variety of injuries during that time. Gronkowski officially retired from the NFL in March after playing his entire career with the New England Patriots. The tight end won three Super Bowls with the Patriots.

“During my career, I pushed myself while recovering from nine surgeries and countless injuries,” said Gronkowski. “I was in near constant pain and needed to make a change.”

During a press conference, Gronkowski said he is now pain free thanks to CBD products, and asked major sports leagues to update their policies on the drug.

Other retired NFL players have come forward with support for the marijuana industry as a way to manage pain from playing the sport. However, the football league continues to evaluate the drug without committing to a change in its ban on marijuana products.

As part of an investor deck, the company confirmed it has secured distribution channels with national retailers in the US.