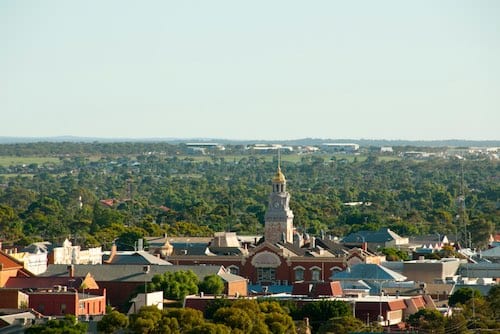 The plant is the result of previous tensions with Malaysia, where Lynas’ primary processing plant is located.

Australia’s Lynas (ASX:LYC,OTC Pink:LYSCF) has selected a site for its rare earths processing plant to handle ore from its Mount Weld mine in Western Australia.

Ore from Mount Weld won’t have to go far, with a site in the regional city of Kalgoorlie-Boulder selected by the company. It is set to host a cracking and leaching plant that will upgrade concentrate from Mount Weld before it is exported to the company’s Malaysia processing facility.

The company said that the selection — which has now been set in stone following a memorandum of understanding signed with the city back in September — is “a first step in establishing a critical minerals hub in the Goldfields region.”

The company added that there is still more work to be done when it comes to onshore processing of rare earths in Australia, which it will now explore further.

“In establishing these facilities, Lynas will also facilitate investment in infrastructure and supply chain capabilities which can form the basis of further industry development in the region,” the firm said.

The terms of the lease for the site are still being finalised.

The plant is the result of previous tensions with the government of Malaysia, where Lynas’ primary processing plant is located. The company had been given an ultimatum by Kuala Lumpur to construct a facility that could remove low-level radioactive material from its ore before it was shipped to Malaysia.

Rare earths have been high in the minds of governments around the world, because outside of China, mines and processing facilities are thin on the ground. Lynas is the only major producer globally that isn’t based in China, and the US-China trade war has made for a few jumpscares through the past year.

Australia and the US have been engaged in high-level talks to optimise the critical minerals supply chain that exists outside of China, with agreements signed between the governments as of late 2019 that include rare earth elements.