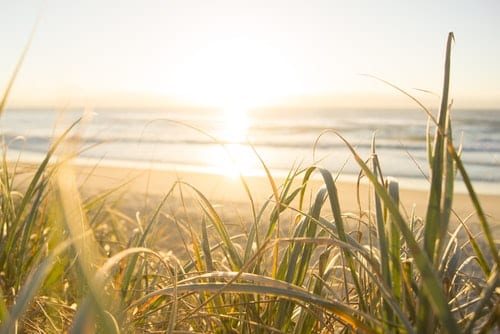 Max Cunningham, executive general manager of the ASX, spoke with INN about how tech companies can access new capital by listing on the ASX.

Last Friday (November 15), BDO hosted a panel with the Australian Stock Exchange (ASX) to discuss the opportunities of tapping into a AU$2.9 trillion capital pool.

Forecast to reach over AU$10 trillion by 2030, the Australian pension market, also known as the country’s superannuation market, has a unique role within Australia.

Every salaried individual in Australia has 9.5 percent of their salary automatically allocated to a self-directed pension fund. This pension scheme has further led to the establishment of the fourth largest pension market in the world. This, in turn, generates opportunities for companies that are looking to access and raise capital by issuing shares on the ASX.

Max Cunningham, executive general manager of the ASX, spoke with the Investing News Network (INN) about how the ASX provides an average annual return of 10 percent, offering small- and mid-cap companies new opportunities to raise capital, particularly in the resources and tech industries.

This transcript has been edited for clarity and brevity. Read on for more of what Cunningham had to say.

INN: Can you tell me about some of the superannuation trends that you’re seeing? Are they typically passive and index focused?

MC: Increasingly so. I think the shift of passive that you’ve seen globally is a big theme in Australia, and that is what is really opening opportunity for mid-cap companies. What’s happening is you capture somewhere between 80 and 90 percent of the market cap in the top 50 to top 100 stocks. People are benchmarking that through exchange-traded funds and passive investing.

Then, in terms of generating a little bit of alpha in their portfolios, they’re investing in small-cap stocks either directly or in the small-cap index, which is the ASX 300.

INN: Are there any subsector trends within tech or resources that you’re seeing, or is it the entire ASX 300?

MC: I think, without any doubt, the sector that’s been attracting the most interest, the most money and the highest valuations is the tech sector. Up until about five years ago, it was very much oriented around domestic, online-type of businesses, which are really a result of the dot-com hangover.

Really what we’ve seen in the last five years is a massive amount of interest and money — and I might add success —  in fintech, software-as-a-service and artificial intelligence, particularly in the translation space. This also includes a range of other software opportunities as well.

INN: So would you say that private equity and venture capital (VC) funds are investing heavily in tech within these three areas?

MC: I’d say VC has not been a force in Australia up until maybe the last 18 months. The VC market has really only just been growing in a material sense in the last two years.

If you think about that in practical terms, that means you don’t see exit opportunities from those VC sectors probably for another five to 10 years. I think the ASX has been a form of VC funding for some technology companies. You’ve also seen some tech companies have really been self funded as well.

MC: I think it’s hard to say they’re not a major impact. I think if you look at superannuation and the asset classes they prefer, which are equities and property, they’ve had a material impact. This has had an impact in property investment, particularly in the industrial and retail sectors.

We’ve had a mining downturn globally. Over the last 20 years, mining overall has been a positive contributor to the economy for 15 of the last 20 years. I think mining, superannuation and foreign investment are the three biggest drivers.

INN: In the panel they discussed that mid-tier gold, coal and iron ore stocks have the most activity right now in the Australian market. Do you recommend that Canadian resource companies looking to list on the ASX focus on these sectors?

MC: I would say that if you are in any mining sector, it’s worth testing the ASX. Gold is very strong because there’s a shortage of gold coinciding with a recent gold rise. Coal and iron ore are well-understood assets in Australia, but there’s quite a bit of competition for capital.

I would actually say that there’s very, very strong interest in other asset classes that have been well understood but have been underrepresented. I say uranium is a key one where there’s strong crossover. I’d say nickel would be another one where there’s a good level of interest.

MC: It depends on what your definition of mid tier and micro is. We think that if you’re doing a raise of capital of north of AU$30 million, then you’ll get good engagement from micro cap. And from AU$50 million, you probably get engagement from mid-cap fund managers, and that’s worth testing.

INN: When it comes to the tech industry specifically, what is your outlook on the sector? What might investors not know about the tech climate in Australia?

CW: I think the reason we’ve had huge success in attracting foreign tech companies is really about growth. The ASX 200, our benchmark index, is paying about a 5 percent dividend yield and 5 percent revenue growth, so that’s 10 percent growth in the market. In a very low interest rate environment, that’s not bad.

I think the reality is that the tech companies that have been listing on the ASX are growing 20 or 30 percent year-on-year. If you’ve got that level of growth, you get some good engagement from fund managers in Australia. Many of the foreign tech companies that we’ve had listed are growing at 40 to 50 percent, and that’s very attractive.

The second thing is that we find that a lot of the companies that we’ve been attracting, particularly from the United States and from Europe, are companies that probably consider themselves too small to go public on the NASDAQ, New York Stock Exchange or the London Stock Exchange. There’s an opportunity to tap into Australia and use Australia as an alternative to a round C, and for many founders it’s an alternative to a trade sale.

The third thing is that tech is a lot cleaner than mining. It is offering an alternative for investors that are often seeing mandates on environment, social and governance grounds increasingly focused on in alternative asset classes.