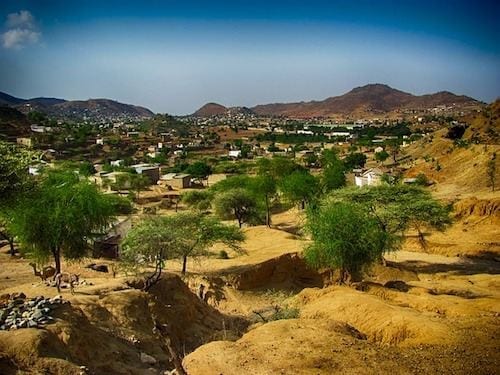 Danakali has executed a US$200-million debt financing mandate to fund construction and development of the Colluli potash project in Eritrea.

Danakali (ASX:DNK,LSE:DNK) has executed a US$200-million debt financing mandate to fund construction and development of its Colluli potash project in Eritrea, East Africa.

African Export-Import Bank and Africa Finance, two African development financial institutions (DFIs), will act as mandated lead arrangers for the debt. According to Danakali, both DFIs were chosen due to their extensive experience with African project financing and the strength of their investor reach.

The mandate’s execution, which comes after the signing of a US$200-million non-binding term sheet, is considered a “critical” milestone for Colluli’s project financing and execution.

“The execution of the mandate represents a significant milestone for the Colluli project funding. We are very pleased to be partnering with strong, experienced African financial institutions,” Danakali CFO Stuart Tarrant said in a Thursday (December 6) release.

He added, “[i]nitial bank due diligence and subsequent negotiations have significantly advanced the project financing process and built on the finalisation of the binding offtake agreement with EuroChem placing [Colluli Mining Share Company (CMSC)] in strong position to advance the Colluli project.”

The Colluli project is a 50/50 joint venture between the Eritrean National Mining and CMSC, the latter of which is a wholly owned subsidiary of Danakali.

Leading fertilizer company EuroChem Group signed a 10-year offtake agreement with CMSC in June for up to 100 percent of Colluli’s sulfate of potash (SOP) output.

Colluli has a 1.1 billion tonne SOP ore reserve, and expects to see annual output of 472,000 tonnes.

Going forward, the mandated lead arrangers will move ahead to credit approval and execution of the syndicated loan facility with CMSC after the remaining due diligence has been finalized and preconditions have been met.

This week’s news from Danakali follows a recent decision by the United Nations (UN) to lift an arms embargo and targeted sanctions on Eritrea that had been in place since December 2009.

While some market watchers have suggested that hesitance about mining in the country likely will not dissipate immediately, Danakali and others agree that the news is good for the East African country.

Danakali Executive Chairman and CMSC Director Seamus Cornelius commented on the decision in a statement and congratulated Eritrean citizens on the achievement.

“Danakali is delighted with the UN’s decision to lift the arms embargo and associated sanctions on Eritrea. This significant step should have a positive impact on foreign investment and enhance international trade opportunities, leading to improved economic outcomes for the people of Eritrea.”