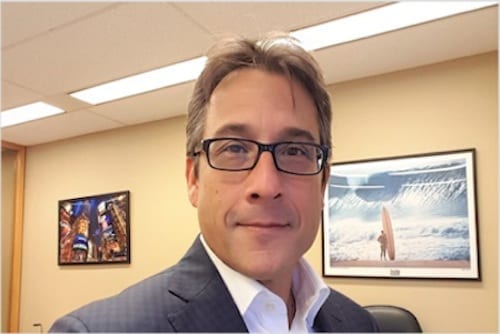 Nexus Gold CEO Alex Klenman provides insight into what it means to work in Burkina Faso and how the company is diversifying its portfolio to appeal to a larger investor audience.

Nexus Gold (TSXV:NXS) CEO Alex Klenman believes there is significant potential for both grade and size at the company’s properties in Central Burkina Faso.

According to Klenman, the company has been successful in deploying their projects in the West African nation. In the interview below, he discussed the company’s progress in the region and also addressed how Nexus Gold is diversifying its portfolio through the acquisition of two Canadian properties in Ontario and British Columbia (BC).

Below is a transcript of our interview with Nexus Gold CEO Alex Klenman. It has been edited for clarity and brevity.

Nexus Gold CEO Alex Klenman: We have four properties in Burkina Faso that total 550 square kilometers. It’s a large land package that sits on very well-known gold belts, like the Boromo-Goren greenstone belt. There are a lot of deposits, mines and large companies in our area. We’re improving ground and we have four projects that make two contiguous large properties. For a small company, we have a good package and we’re developing.

INN: How did you acquire these properties?

AK: We were originally a gold company in Nevada and one of our directors, Warren Robb, had worked for a company called RoxGold and knew Burkina Faso quite well. He knew of a project that was available. We took a shot at it and it turned out to be quite a good move for us.

INN: Having been based in Nevada, what prompted you to move to West Africa?

AK: You certainly give up a little. The environment for us as a smaller company in Nevada was difficult. If you have five to seven projects it’s more sustainable. Much more expensive, but sustainable because you have regulatory implications with things like birds or archaeological finds. These are the types of things that you deal with the Bureau of Land Management and the Forestry Service, and they can really have an impact on controlling your company.

In Burkina Faso we don’t have that. You can cozy up to majors to get prime ground that hasn’t been pincushioned already. Burkina Faso really gives you a good in for that and for us we’ve slid in there quite nicely and done quite well.

INN: Tell us about your primary project there.

AK: We have what we call a joint project: two properties that are joined together. Bouboulou is one, Rakounga is the other. It’s about 288 square kilometers together, which we’ve delineated.

Bouboulou-Rakounga gives us a total of eight drill-tested zones. That’s quite a large number of areas that we’ve proved mineralization in. Our goal now is to fill those gaps, the drilling of which will lead to a resource estimate. We’re hoping for something rather large, but we’ll take what we can get. The average grade in Burkina Faso in West Africa is about 1.0 gram to 1.5 grams, so we’ll probably slide in somewhere around there, but we’re looking for size. We’ll get the attention of our neighbours if we can bring something to market that’s a compliant resource and that’s our goal.

INN: Where in the process are you now?

AK: We’re probably halfway there. We could put out a resource pretty soon, but I think we need to drill a bit more into those gaps and really get an idea of what we’re working on.

INN: What are the next steps from there?

AK: The prime goal for the company is to deliver a resource to market that’ll back a valuation rather than have a speculative valuation. We’re keen on getting that done at this point. I would say we’re probably halfway to getting that done, but the northern properties give us a different dynamic. Our two southern properties, Bouboulou-Rakounga, give us the the path to resource. The northern properties, meanwhile, give us grade and a longer path to resource. There’s a different narrative taking place there.

INN: What is the narrative for the northern properties?

AK: The Niangouela and Dakouli projects are in the north. They are joined together and they have both given us grades as high as 26 grams to 29 grams. Pretty high-grade.

These are completely different to the other projects and they sit on a different geological setting that is more challenging to drill. We wanted to develop them because we believe our valuation will benefit from us developing higher-grade potential. We feel we’re going to get that out of the northern properties.

INN: Should you get the results that you want, what’s the infrastructure like to get the gold out of the ground and to market?

AK: It’s quite good. All the major companies are there. We’ve got SEMAFO (TSX:SMF), Endeavour Mining (TSX:EDV), B2 Gold (TSX:BTO) and IAMGOLD (TSX:IMG), all of which are large companies. As such, there are many drillers and lots of paved roads, water and power; everything is there. Central Burkina Faso is quite established, so we have all the means to do it, we just need to define it. Once it’s defined I think a lot of things fall in place.

INN: What do you have to say about the current political climate in Burkina Faso and how it might impact operations.

AK: Great question. You’re statistically more likely to be the victim of violent crime in some large US cities than you are in Burkina Faso, despite what the news might say. We have not had any problems. We’re in a good area in Central Burkina, but there’s risk. There’s risk anywhere, and there’s risk there for sure. To mitigate some of that risk, we’ve expanded our operations to Canada. We have two properties in Canada and I think that opens our audience up as they might be concerned due to recent news.

Europeans have a completely different attitude towards it. We find that European investors tend to not chafe at the idea that we’re in Burkina Faso. North American investors need knowledge, they need to understand that there’s risk for a small company. To find large deposits you’re going to have to go into some riskier areas. That’s the nature of the game. We’re perfectly comfortable over there. We’re doing fine and there have been no issues. On the other hand, we want to open up our audience and one way to do that was to to include some North American properties. We have two Canadian properties that we’ll be developing and we’re happy to be able to do that.

INN: Please tell us about those properties.

AK: One of them is in British Columbia, in the Bridge River mining camp, north of Vancouver. This was one of the largest camps in Canada and one of the most prolific gold-producing areas in the country for a long time. We have a small package that’s right in the middle of what they call Little Gem and the historical numbers have been quite good. A NI 43-101 report has some great numbers in it, so we’re going to develop it. We landed it a few months ago, so it’s still new to us. One of our geologists happens to know the property quite well having worked there in the 90s.

The second property is in Red Lake, which is very topical and has been getting a lot of attention. That’s again very new for us and has some great historical numbers.

INN: Where is Red Lake?

AK: Red Lake is in Northern Ontario. So our portfolio includes properties in Ontario, BC and, of course, Burkina Faso.

INN: What does Canada bring from a risk mitigation perspective?

AK: We’re well established in Canada as a Canadian company. We also get to deal in Canadian dollars, which is nice because everything else we do is in US dollars. You’re already at a disadvantage in some ways, but what we like about it is that it’s close to home and it will open up our audience. Many people will say “I trust Canada. I trust the geopolitical environment. I know the ground in the area and I’m more likely to invest and be involved with your company.”

It gives us that thing that we’ve never had, because Burkina Faso will always cut a percentage of people right out of the mix even though that’s probably our best shot at a big valuation. At the same time, however, we recognise that we’re not reaching a wide enough audience by just containing ourselves to West Africa.

INN: What are some of the advantages Canada might have over Nevada?

AK: One of the Canadian advantages would be flow-through financing. It’s an easy way to finance exploration costs and is tax-advantageous to the investor. You can’t do that in Burkina Faso and you can’t do that in the US. There’s an avenue there towards continuing to finance what we do. As well, we don’t need a passport to go to Ontario or we can drive to the property in BC from Vancouver. It’s easier travel and less jurisdictional concern.

Everything we have or need is here. We knew that we needed to open it up because we have a very select audience when dealing with Burkina Faso in West Africa. Some of it is rightly a concern, and some of it is hype, but you have to overcome that very powerful perception. For us, adding some more properties outside of Burkina Faso is the right way to go strategically.

INN: Why do you think that gold demand is never going away?

AK: Gold has real-world applications, but I always go back to the fact that it has such a long history. Gold goes back thousands of years. It crosses time, it crosses culture. It’s instantly recognisable. It doesn’t need an explanation. You can put a ring on the table and people know that it’s gold. On the other hand, some of the other things we work with in this business require extensive explanation and I think you can lose the retail investor when you have to get to an explanation process that takes too long. But gold is a currency hedge. It always has been. Not so much today as it once was, but I think it’s going to find its way back to that safe-haven status that it’s always had. Some countries across the planet are backing their currencies with gold and demand. The supply just does not meet the demand. It never has and it probably never will, so it’s a good commodity to be in.