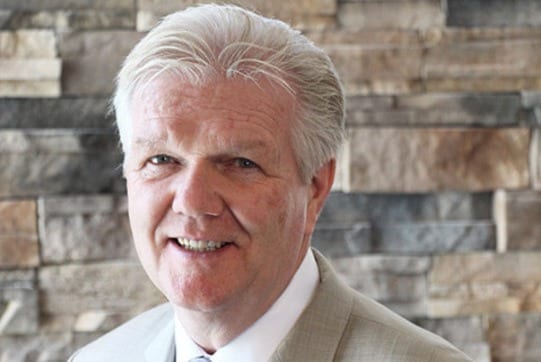 New Age Metals CEO Harry Barr outlines the work his company has been completing for its PGM and lithium divisions in North America.

In the interview below, Barr goes over the initial objectives in hard-rock lithium exploration and how this has shaped the exploration done on the company’s lithium projects in Manitoba. He also addresses the significance of owning North America’s largest undeveloped primary PGM project, located in Ontario.

Below is a transcript of our interview with New Age Metals CEO Harry Barr. It has been edited for clarity and brevity.

Investing News Network: Please give our investor audience an overview of New Age Metals and its two mineral divisions.

INN: What role do PGMs play in the clean technology market? How has increased demand influenced the emergence of PGM projects?

HB: Both platinum and palladium are primarily used in catalytic converters, which reduce emissions from gasoline and diesel-powered machinery. Demand for these metals is increasing due to a growth in demand for automobiles in developed and emerging markets and regulations being placed on carbon emissions in many countries.

Additionally, the majority of PMG production occurs in South Africa and Russia, where both countries face political and socio-economic uncertainty. PGM projects are rare, especially in North America, and an eight-year decline in exploration has added to its scarcity. However, rising demand and insufficient supply is likely to spur the development of more PGM exploration projects.

INN: What work has the company done to date on its River Valley PGM project?

To date, we’ve spent approximately C$45 million in exploration and development and have drilled over 700 holes on the property. We’re currently in the process of completing the project’s first preliminary economic assessment (PEA), which will provide a high-level economic analysis of the project as an open-pit mine. We’ve slated the completion of the PEA for Q2 2019.

Aside from completing our PEA, we’re currently following up on geophysical anomalies in the northern portion of the project with the goal of defining a 5,000-meter drill program.

INN: Please tell us about the work you have been doing with your joint venture partner, Azincourt, to develop the eight Manitoba lithium projects.

HB: When searching for lithium, your first objective is to find a pegmatite, the second is to find spodumene minerals within the pegmatite and, most importantly, the third is to find sufficient lithium mineralization to develop an economically viable project.

With a C$600,000 exploration budget for 2019 funded by Azincourt Energy (TSXV:AAZ,OTCMKTS:AZURF), our focus has been on bringing several projects to a drill-ready stage. At the end of October, we applied for two drill permits and completed a considerable amount of fieldwork on a number of our projects. Our primary focus is to acquire the drill permits for Lithium Two and Lithium One, which have a number of large pegmatites that require drill testing in order to begin blocking out a resource.

In October 2018, we signed an exploration agreement with the Sagkeeng First Nation, which outlines a modern approach to conducting mineral exploration in Manitoba. Over time, we expect to complete additional exploration on our other projects with the intent to develop new drill targets.

INN: What is next for New Age Metals and how does that fit into the company’s long-term plans?

HB: Earlier this year, we acquired a new road-accessible, drill-ready PGM-base metals project in Alaska and we intend to use a project generator model to further develop it. So far, we’ve completed a NI-43101 report, which outlined the reasons for further development and we are looking for a joint venture partner for the 2019 to 2020 exploration season.