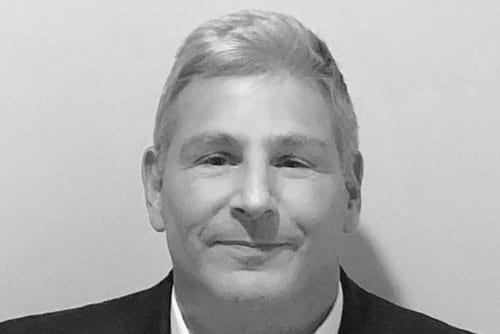 According to MYM Nutraceuticals CEO Howard Steinberg, Canada’s move to legalize cannabis has created a domino effect around the world.

In the interview below, MYM CEO Howard Steinberg touches on the company’s goals in the CBD market, where MYM hopes to emerge as a global leader. The company has also begun focusing on hemp cultivation, as the medical and industrial benefits of hemp have significant potential. According to Steinberg, Canada’s move to legalize cannabis has created a domino effect around the world, leading the US and other jurisdictions to warm to the idea of legalization.

Recent legislative changes in the US have also contributed to the emergence of a legal hemp industry. The passing of the farm bill in the US has enabled a new wave of cultivation and production, Steinberg believes, which is expected to create new opportunities for CBD-based brands and products to enter the marketplace. MYM intends to be on the frontlines as the global hemp and CBD markets continue to evolve.

Below is a transcript of our interview with MYM Nutraceuticals CEO Howard Steinberg. It has been edited for clarity and brevity.

Investing News Network: Please give our investor audience an overview of MYM and its position as a global leader in cannabis and hemp.

MYM CEO Howard Steinberg: We have a number of initiatives in the hemp market segment, and it’s a big push involving cultivation, extraction and the creation of unique brands. As an overall statement, MYM Nutraceuticals is focused on constructing high-quality cultivation facilities around the world. We have two in Quebec, Canada. We have an initiative right now in Australia. We’ve just hired somebody on the ground there and established an office in Australia. We have an initiative in Colombia, which will be used as our base for South America. That will certainly be on the cultivation side. When it comes to extraction, hemp and CBD, some of that involves the creation of unique brands and distribution. We just formed an agreement in Mexico to facilitate that; we’ve hired two individuals and established an office there to import and distribute CBD products.

INN: What are the upcoming trends that you envision for the global cannabis and hemp industries in terms of cultivation, distribution, processing and branding?

HS: MYM’s feeling is that cannabis and hemp go hand in hand. Although hemp does not have the psychoactive features that cannabis does, it does have a number of medical benefits, some similar and some different than cannabis. I think Canada took a great first step in legalizing cannabis. They have some steps to go in terms of what the processes and structures will be for things such as edibles, extraction and distribution. So there are some bumps in the road certainly in Canada. It’s created, in my view, the domino effect in the US. Some states have approved it, although it hasn’t been approved federally.

Countries around the world are now looking at cannabis and CBD derived from CBD-rich hemp very differently than they would have in the past. In many ways, it’s a race to modernize the rules and regulations to embrace the trend that’s going on worldwide. Governments have a lot at stake here, not just with respect to tax revenues but also in ensuring that the black market doesn’t flourish. When you make these types of products legal over time, you would expect those trends to diminish.

We view the cannabis industry as being in the early stages on a global basis. A handful of cannabis companies have done amazing things and have spread well throughout the world with multibillion dollar market caps. We hope to be one of those shortly. I think now you’re seeing a big trend, similar to the discussions that took place on cannabis with respect to hemp and the extraction that ends up being CBD products. So it’s not stopping. It’s accelerating and we’re on the frontlines of it. We’re doing our best to ensure that we expand on a global basis to meet the needs around the world.

INN: What does the emergence of a global CBD market mean for investors?

HS: There seems to be a tremendous lack of supply in the CBD market today and there’s a big rush globally to cultivate and extract CBD from CBD-rich hemp. Although founded on the basis of cultivating cannabis and creating unique brands, our focus today includes a major initiative on the CBD side of things.

Our view is that the CBD market will ultimately be far larger than the cannabis market. Although the cannabis market will be huge, it appears that CBD will be combined with beverages, lotions, vapes and all different types of methods of applying and ingesting CBD. When you go to Europe, you can walk by many stores in downtown regions and there are tons and tons of products that have CBD. It’s a far more regulated market in the US and Canada. Although CBD may see regulations similar to those in Europe, it’s far more pervasive in everyday products. We are cultivators of millions of kilograms of CBD-rich hemp annually, and we are going into the extraction business and the creation of unique brands, so we love this global trend, and MYM is certainly participating in it.

INN: How has recent legalization in the US impacted MYM’s decision to grow hemp in Nevada?

HS: The farm bill that was recently passed changes the environment, allowing people to grow CBD-rich hemp. I think that opens the door. There are still some questions with respect to the transport of either biomass or extracted CBD across state borders, but they’re trying to figure that out. The US Food and Drug Administration is also trying to figure out what claims people can make with respect to CBD on the medical side. For us, the trend is not stopping — it’s growing. Our initiatives, our investments and our expertise is in hemp, and we plan to channel that expertise to further expand into cultivation, extraction and branding. We’ll be on the frontlines of the regulations as they continue to evolve. Not crossing them, but on the frontlines, ready to distribute our products, whatever they may be, in the market as the laws allow.

INN: What are the benefits of operating in a jurisdiction that favors low-cost production?

HS: We have an initiative that is very important for us in Colombia, which is really the cornerstone of our interest in South America. The difference between cultivating cannabis in Colombia versus Canada or the US is that they can do so using an outdoor grow at a cost 90 percent less than we can achieve in the US and Canada.

A bunch of that product will be processed as opposed to sold. The lower-cost product which is still high quality given the growing conditions in Colombia, will allow us to ultimately provide customers around the globe with products at good prices. As you’ve seen in the US and Canada, the black market still flourishes and sells products on a cheaper basis than you can buy using the regular medical channels. For us, it is important to be able to provide products at good prices to customers who need it.

The information contained here is for information purposes only and is not to be construed as an offer or solicitation for the sale or purchase of securities. Readers should conduct their own research for all information publicly available concerning the company. Prior to making any investment decision, it is recommended that readers consult directly with MYM Nutraceuticals and seek advice from a qualified investment advisor.