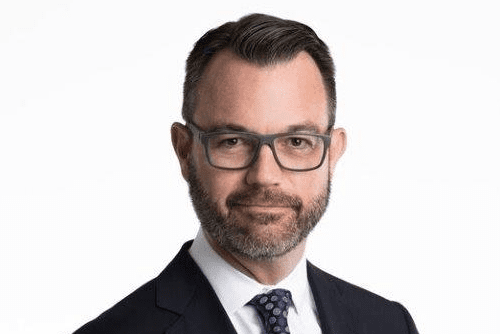 Khiron President Chris Naprawa provided an update on the company’s recent activities and his thoughts on the Latin American cannabis market.

Khiron Life Sciences (TSXV:KHRN,OTCQB:KHRNF) President Chris Naprawa believes that legalization in Brazil and Mexico is forthcoming and that the company is well positioned to capitalize on the Latin American medical cannabis market.

In the interview below, Naprawa talked about the significance of the company’s recently closed acquisition of NettaGrowth, a Latin America export-focused cannabis company based in Uruguay. NettaGrowth’s export license is expected to allow Khiron to ship medical cannabis into Brazil once regulations are finalized. Naprawa believes that Brazil will be the world’s largest medical cannabis market.

He provided his views on the major catalysts in the global cannabis markets as well, including that legalization in the US at the federal level will incentivize other countries throughout the globe to follow suit. According to Naprawa, the biggest catalyst in the cannabis industry went completely unnoticed last year. Mexico brought forth cannabis regulations that would approve legalization to the Supreme Court; however, the government has not passed any formal regulations at this point. He is hopeful that legalization will happen by the end of the year due to the support for cannabis reform.

Naprawa also touched on Khiron’s plans for its Kuida wellness product line. Khiron has expanded its shelf presence from 48 stores last year and is aiming to be in 400 by the end of the year.

Below is a transcript of our interview with Khiron President Chris Naprawa. It has been edited for clarity and brevity.

Investing News Network: Please tell us about Khiron and some of your recent developments.

Khiron President Chris Naprawa: Khiron’s goal is to be the dominant player in Latin America. Since we went public in May 2018, we’ve acquired three companies, expanded into six countries, grown our staff to 250 people and we’re making commercial sales. I think we’ve started to achieve our goal and we’re working hard to maintain and extend our lead.

INN: Could you please tell us about the Kuida brand and how it fits into your growth strategy?

CN: We’re focused on two things: customers and patients. We want to be in every product category and country that we should be in. Kuida is the first federally approved cannabis product on the shelf in Latin America. It’s our entrance into the wellness category and is a line of topical products for women. We were in 48 stores last year and aim to be in 300 to 400 this summer. We have product approvals in Peru, among other countries, and we’re expanding beyond our base in Colombia. If anyone wants to learn more about the line, they can find it at the Kuida website.

INN: Please tell us about the Latin American cannabis markets and how you position yourself for success in multiple jurisdictions.

CN: Most people associate the Latin American cannabis market with low-cost cultivation and exporting cannabis products. Khiron, though, is focused on serving the unmet needs of the 620 million people in Latin America. It’s a big place, and the regulations differ between countries. Cannabis is a global phenomenon, and it’s taking root in our market.

The Latin American markets are primarily medical, except for Mexico and Uruguay. You need to be set up to win on the medical side, which is why we acquired ILANS last year. We have 65 full-time positions, and we expect our staff to be able to prescribe medical cannabis to patients soon. ILANS, however, is just one way to acquire patients. Our other tactic is doctor education. We’ve signed agreements with every major medical association in Latin America to ensure that doctors will prescribe medical cannabis, as they won’t if their association does not endorse it. We also conduct doctor symposiums, where we host cannabis medical education training. We’ll be holding up to six conferences this year.

INN: Khiron recently received regulatory approval for NettaGrowth in Uruguay. Could you expand on the importance of this acquisition?

CN: The NettaGrowth acquisition has brought solid managers and regulatory experts to our company. Although regulations are not in place yet, Brazil is expected to be the largest medical market in the world, and to be successful in that market, we need to start positioning ourselves now. Uruguay is the beachhead for the Brazilian market due to the trade agreement between the two countries, and we have export licenses around the world for CBD and THC. We’re currently not in that market right now, but we may enter it with a partner in the future.

INN: What large, international catalysts in the cannabis sector would be the most beneficial for Khiron?

CN: If cannabis is legalized in the US, it’ll be legalized around the world. It’s hard to predict what will happen there, but the Farm Bill and easing of banking regulations are a good sign. Easing banking restrictions will loosen up the rest of the world as it is dependent on the US market.

The biggest catalyst last year went completely unnoticed. Mexico had three seminal advantages in the legislation and the Supreme Court. There’s no opposition to legalization in Mexico, and it’ll be the first major Latin American country to legalize federally. Mexico has about 120 million people and is pretty much a top 10 country in the product category for cell phones, beverages and automobiles. Why wouldn’t cannabis be the same?

INN: What is the timeline for Mexican legalization?

CN: If you asked me six months ago I would have said I thought we’d be there by now, but these things take time. I hope it will happen this year, but as we saw in Canada and Germany, the regulators have backed off. We need to give them some time to get things right. There’s no opposition to legalization and an over 60 percent approval rating, which mimics the medical cannabis sentiments in the US.

We’ve hired a country manager in Mexico, and President Fox, who sits on our board, is there as well. We held the first medical conference in Mexico City in February, and we just co-hosted an event with President Fox at his library in Guanajuato. Over 1,500 people attended the event and showed their support for legalization. The electorate clearly wants this, so I believe that the politicians will listen.

The information contained here is for information purposes only and is not to be construed as an offer or solicitation for the sale or purchase of securities. Readers should conduct their own research for all information publicly available concerning the company. Prior to making any investment decision, it is recommended that readers consult directly with Khiron Life Sciences and seek advice from a qualified investment advisor.