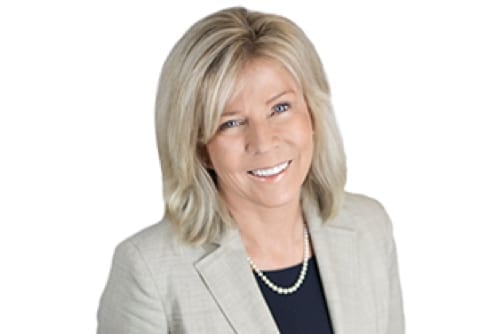 Golden Predator (TSXV:GPY) CEO Janet Lee-Sheriff believes that fostering strong community relations, like the company has done with First Nation communities in the Yukon, is vital to de-risking a resource project.

In the interview below, Lee-Sheriff provides an overview of the company’s 3 Aces and Brewery Creek projects, and outlines the next steps for each property. She also speaks to the other work Golden Predator has been doing with regards to bulk sampling and its Yukon Mint subsidiary.

Below is a transcript of our interview with Golden Predator CEO Janet Lee-Sheriff. It has been edited for clarity and brevity.

Investing News Network: Please tell us a bit about your company.

Golden Predator CEO Janet Lee-Sheriff: We’re in the Yukon and we have two main gold assets: the 3 Aces project in Southeast Yukon and the Brewery Creek project near Dawson, both of which are completely road accessible, which is important to the company. We have a pilot processing plant in Watson Lake, Yukon that we use to process our own bulk samples.

We also have a wholly-owned subsidiary called the Yukon Mint, with a registered trademark in United States, at which we make gold coins.

INN: Please tell us about Yukon gold. Given the region’s history, how rich are the deposits when it comes to gold still in the ground in the Yukon?

JL-S: I don’t think anybody knows the true extent. There are so many discoveries going on right in the Yukon. Not only in the areas around our project, but in the White Gold region. I think the Yukon’s potential is completely untapped. For many years, you could only operate seasonally. Now, however, we don’t operate seasonally. We’re year-round, we have roads, we have infrastructure in place. Until the the ’60s or ’70s, you could only access it by helicopter. The region is 40 to 50 years behind, and I think the next few decades are gonna be game-changers for the Yukon.

INN: Please tell us about the 3 Aces project.

JL-S: 3 Aces is in Southeast Yukon with high-grade gold, originally discovered at surface, at about 4,000 g/t gold. It’s a big project, 357 square kilometers, and it’s complex.

We have drilled about 300 holes and have put out news recently that we feel we understand the project, why we’re getting high-grade outcrops at surface, and the model that is in place. Everything’s on the website: there are maps that show what we have projected and conceptualized moving forward.

There’s something that looks like its deep, and we have found a number of feeder structures that come off of two parallel structures. They’re showing continuity at depth, which is at 500 meters down depth and 200 meters step-out. It’s running over an approximate 4.5-kilometer trend of mineralization and it’s pushing through any type of rock out there.

We are also doing a bulk sample under our 10,000-tonne-per-year permit. We have completed the blasting and we’re pushing it through our own pilot plant. That is teaching us a lot about the project. We did five-meter spacing drilling, for grade reconciliation.

With this five-meter spacing, however, we’re missing veins. It’s just the kind of project where you really need to do bulk sampling to get a better handle on it. So, we’re quite excited. The plants wrapped up in November for a few months and they’ll be starting up again next month. We will be reporting on the reconciliation from the plant.

INN: What is the implication of the news you released during VRIC?

JL-S: This news was from the down dip. It was the deepest drilling done to date on the project, the 500-meter down dip extension from the outcrop. It was seven holes; we tested out a model and we’re happy with what we see there. I think it’s really something that is gonna be able to allow us to have more efficient drilling. There will probably be less of it this year, but a lot more effective.

INN: How is it that as an exploration company you are already developing coins from your product?

JL-S: We are using bulk sampling, which is a very underutilized exploration tool in Canada. We do it because of the type of project 3 Aces is. We’re very fortunate to have excellent metallurgy. We have seen 87 percent recovery rates at our plant without the use of chemicals. We use water and gravity only, with no discharge to the system. This gives us gold that we process through our Mint so we can have a product at the end of this process. It involves the community: we work with Kaska artists, and use their designs on the coins.

It’s just something that allows us to be different to other juniors; we have this ability. We could have done what a lot of people do and send their bulk samples out of country, to the US or China, but it was important for us to do it locally, keep the knowledge local, and retain the knowledge ourselves. It also helps us bring economic benefits right into the community.

INN: Besides the coins, what else are you doing on the exploration front and what should we expect to see in your news feed in 2019?

JL-S: At Brewery Creek we did metallurgical drilling last year, and that is what we’re using to enhance the project’s preliminary economic assessment (PEA). One issue that I would say exists with Brewery Creek is that the internal rate of return is not high enough for writing a check to put it into production. It’s at 19 percent and I don’t think people are going to write a check unless it’s 30 percent to 40 percent.

We see a number of ways to improve the economics while we conduct further exploration. For instance, we have found some new areas in which to continue drilling. These are three more targets that we’ll test at the end of this winter. We are also looking at different types of leaching options for the project that might enhance the economics.

We will work towards updating the PEA, and then find a joint venture partner with deeper pockets than we have, we expect it will be $75 million of CAPEX to get the project into production. Over 1.0 g/t, 850,000 ounces, with lots of potential and unexplored territory on the property. We think it’s ideally suited in for a mid-tier company.

INN: What are the next steps?

JL-S: At Brewery Creek, we are waiting to see the metallurgical results that are coming back in the next 30 to 60 days.

We’ll be moving into the PEA and looking at how to go through the permitting process in an effective manner. We an existing quartz mining license and we have a water license. It’s in temporary closure, but the pits are there, the infrastructure is there, which is why it has such low CAPEX cost to get back into production.

INN: What is the plan once you have the results? Would you look at a joint venture?

JL-S: We’d like to stay part of the project in the case of a joint venture as we think that we add a lot of value with our community relations. I’ve lived and worked in the Yukon for 30 years. That’s 30 years of working with First Nation communities. I think we bring a lot of very progressive and proactive approaches to involving the community and making sure that they’re benefiting from the work we do.

INN: From an investor perspective, why would I want to support a company with strong community relationships?

JL-S: I think that investor risk is better managed by a company having strong community relations. You de-risk the project by engaging early and often. Often what happens is that exploration budgets are really tight, as all the money gets put into the ground. The project goes to somebody that puts it through development and production, and that’s when you can run into community challenges.

These issues usually stem from a lack of communication and education. Our philosophy is to engage early, bringing as much education, awareness and understanding as possible, and deal with the issues upfront before the project is too far along. The communities want contracts, they want jobs, they want to take care of the land. At 3 Aces this year, we ran an innovative program called the ‘Elders in Residence’ program. We actually had First Nation elders live with us all season at camp.

They were from two different communities and we had them rotate each week. We had about 80 elders through the whole program. It was an open-door approach to everything and it changed our relationship dramatically.

JL-S: Very much so. This is not only for traditional knowledge and communication, but to make sure contracts are there. With the Elders in Residence program, we saw hard labor retention at around 90 percent and that wasn’t just with the Kaska citizens. That was also with non-Kaska, non-Yukoners. It really, I think, humanized the project. It just changed all the dynamics.

There is value to the company because we were addressing a cause but there were also cost savings from the labor perspective. We just really feel that it’s a good beginning. It’s not the end. There’s a political process to deal with the leadership. You have to go through that. But it’s really important that the community know you.