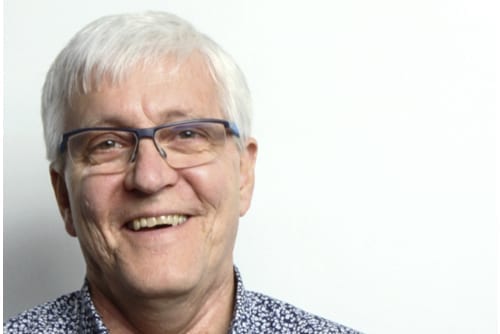 Deep-South Resources CEO Pierre Leveille joined the Investing News Network to talk about the trends in the copper market.

In the interview below, Leveille talked about the major trends the company is seeing in the copper market, including the lowering grades of copper deposits around the globe. According to a Mining Intelligence survey from 2017, the worldwide production grade has dropped to 0.53 percent.

The drop in grade has led to the need for alternative extraction technologies. Traditional methods such as grinding, milling, roast leaching and flotation are not only power demanding, but capital intensive as well. Leveille believes that different types of heap leaching will be the preferred methods moving forward at low-grade copper operations. These technologies are more environmentally friendly than traditional methods and less capital intensive. For example, bio-assisted heap leaching produces more stable waste products and reduces the use of hazardous chemicals such as cyanide.

Below is a transcript of our interview with Deep-South Resources CEO Pierre Leveille. It has been edited for clarity and brevity.

Investing News Network: Have you noticed any trends in copper production worldwide?

Deep-South Resources CEO Pierre Leveille: The major trend that we see at the moment is a reduction of the average grade at the production level. For example, 100 years ago, the production grade was 8 percent copper. According to a Mining Intelligence survey done in 2017, the worldwide production grade is 0.53 percent. As you can see, there has been a significant drop over the last 100 years. This means that the near-surface deposits have been mined and few new discoveries have been made to balance the sharp decline.

Production is also slowing down as reserves and resources are being depleted, no discoveries are being made and new mines are failing to come online. Despite the economic slow-down, demand increases with the electrification of transportation, ensuring an uptick in copper usage when compared to the traditional transportation system. We’re not only talking about cars; we’re talking about buses, trains, even planes are looking to make the switch to electric engines.

Investors that want to get involved in copper today face the following situation: if you’re going to invest in a high-grade project, it will have small-tonnage, and if you want to invest in a large-tonnage project, it will have low grades. This is what we see around the world. It’s always like that, and there are few exceptions. The only one that I know of is Ivanhoe Mines’ (TSX:IVN) Kamoa-Kakula project in the Democratic Republic of Congo. There are 80 million pounds of copper in the ground at a grade of 2.64 percent.

Most projects that are over 1 billion tonnes of ore have grades under 1 percent. A project like Ivanhoe Mines’ project is entirely out of the norm and average that you see worldwide. It’s the one exception to the rule. It’s clear that low-grade projects are the norm and this isn’t going to change soon.

INN: How can extraction technologies influence the production potential of a mine?

PL: We’re seeing the grade go down when using traditional extraction methods such as grinding, milling, roast leaching and flotation. These are power demanding and high OPEX and CAPEX methods. It’s becoming more difficult to make traditional systems work with low-grade material. You need a low-cost, low CAPEX extraction technology to extract the metals. If you can find that, then you have a project, if you don’t, then you search for another technology, or you search for another project. The future is definitely going to be extraction technology driven.

At the moment we see a resurgence in some old technologies and the development of new technologies. I know the bio-assisted heap leach testing technology the best because we are testing it right now. BHP (LSE:BHP,NYSE:BHP,ASX:BHP) is using chloride technologies, and JX Nippon Mining and Metals is using an iodine leaching technology. Both are focused on heap leaching, and this seems to be an important trend for the future.

When you look at the grades produced from Codelco’s Chuquicamata mine, which is 0.3 percent, it’s very low-grade. Then you look at Anglo American’s (LSE:AAL,OTCQX:NGLOY) Los Bronces mine in Chile and it has a grade of 0.45 percent. Boliden (STO:BOL) Aitik mine in Sweden has a grade of 0.23 percent. They’re both low-grade projects that use bioleaching because it’s cheaper to put in place and operate. With low-grade projects like this is it can be as profitable as a high-grade operation with more traditional methods. The technology is going to become more important moving forward as we’ll have more low-grade projects.

INN: How important are grade and tonnage when assessing a potential mine?

PL: There are a lot of analysts and mining companies who are saying, “Ah! You’re not at 1 percent, so we don’t look under that, it’s not profitable.” When you look at the Mining Intelligence survey, you will see that it’s under 1 percent. Now, we’re talking of 0.53 percent as the world average, which is under 1 percent, and you can still make money. We know that the future standard is going to be below 0.53 percent, making it important to look at grade and how to extract the metal. The grade comes with the type of deposit or mineralogy you have and how you can extract the metal.

When you have control over the grade, one should look at the other factors that influence the valuation of the project. This is when tonnage comes into play. If the grade is low, it is preferable to have larger tonnage because it could involve bulk mining and reduced operational costs.

The grade is essential in relation to the technology used to extract the metal and the larger tonnage is essential if you want to reduce the OPEX. That’s why it’s more important than ever to look at the grade in relation to the mineralogy and see what kind of technology could be used to extract the metal. If you can find a technology that can extract your metal at a low OPEX and CAPEX, then you have a valuable project.

INN: How has the price of copper influenced retail investment in the sector?

PL: In general, investment goals of retail investors in the mining markets are short term. They hope to have a return in a month, a week or even one day. During the last 12 months, the price of copper went down by 14 percent. The market is afraid of the trade wars and of a potential recession. As a result, the price of base metals is lower and retail investors are refraining from investing in base metals exploration companies because they believe prices will go lower.

It has a crucial influence on the investment in the sector because the retail market helps maintain the right valuation of companies and finance exploration. This has a massive influence over early-stage exploration projects on the financing side but also on the market valuation. Even some advanced projects have low valuations because retail investors are absent from the market because they are afraid of the economy. They forget the basic principle that you should buy when no one wants to buy and sell when everyone wants to buy.

INN: How are the big players, like strategic investors on major mining companies, adjusting to the current copper investment landscape?

PL: “Smart money” is looking seriously at investing in or acquiring advanced copper projects. They don’t bother with the short-term copper prices because, by 2021, there will be a shortage between production and demand, even in a slower economy. There will be a squeeze on the price of copper, which could make the project valuation higher. Therefore, private equity funds, strategic investors and large mining companies are all looking for projects at the moment with the goal to get in at a low valuation. We even see it on our Haib copper project in Namibia.

We have a near feasibility-stage project, which means that we’re about two steps before mine construction. We’ve had difficulty in attracting interest from retail investors. We have nine non-disclosure agreements with large investors or mining players who are analyzing our data or conducting due diligences on our project. I don’t know if they will invest, but we are definitely attracting the interest of the major players.

We have recently proven that our metal extraction methodology works well. This has attracted the attention of large players in the space, not retail investors. These players are looking at the longer-term, and they want to invest in projects that will be brought into production. They are investing with a horizon of five to 10 years. When you look at it, you can see that there is a big difference between the big players and the retail market. Sadly, the retail market will come back when the valuations are substantially higher.

The information contained here is for information purposes only and is not to be construed as an offer or solicitation for the sale or purchase of securities. Readers should conduct their own research for all information publicly available concerning the company. Prior to making any investment decision, it is recommended that readers consult directly with Deep-South Resources and seek advice from a qualified investment advisor.