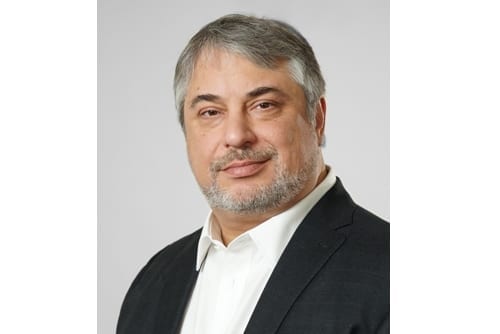 CannabCo is a Canadian cannabis cultivation company that has partnered with an undisclosed company to develop an advanced cannabis cultivation system capable of delivering cannabis crops at record yields. The PHOENIX cultivation system is capable of producing a consistent, quality product at the low cost of under C$0.50 per gram for indoor cultivation, an industry first. According to Pellicane, CannabCo’s proprietary grow technology can produce a pharmaceutical-grade product with an annual yield per square foot in excess of 1,000 grams.

Below is a transcript of our interview with CannabCo CEO Mark Pellicane. It has been edited for clarity and brevity.

Investing News Network: Please provide our investor audience with an overview of CannabCo.

CEO Mark Pellicane: CannabCo is a Canadian corporation that has been around for a number of years. We are a final-stage applicant that has received approval from Health Canada as we have our affirmation of readiness. At this point, we’re building out our pilot facility located in Brampton, Ontario. We currently have an internal capital raise happening in the form of a non-brokered private placement to raise the capital to finish building out that facility. The company has a few unique aspects to it, mainly in the technology that we deploy. We have our PHOENIX grow system, which is a system that produces a top-shelf quality, pharmaceutical-grade product at pretty much the lowest cost in the industry in Canada at under C$0.50 per gram. Recently, we announced the use of PURECANN technology, which produces an odorless cannabis product, which was an industry first when it was announced to the market about 10 days ago.

INN: What is PURECANN?

MP: PURECANN is the name of the technology and process that produces odorless cannabis. It’s something that was developed in conjunction with CannabCo that we have exclusive rights to. It’s currently creating a new market segment since its announcement, and we’ve received a lot of exposure in the last 10 days. It’s been a crazy ride since we announced it last Tuesday.

INN: Why is odorless cannabis a game-changing product in the industry?

MP: Well, there’s been a lot of controversy around it even in the last 10 days from what we’ve been reading out in the news and the press. Odor has always been a defining factor of cannabis. Terms like “dank,” “skunky,” “heavy,” “stinky” are all associated with cannabis, because that’s what it is. When you walk around and somebody is lighting up outside, you smell it. You know somebody is smoking cannabis because it is a very strong, distinct odor. Depending on the strain, sometimes you’re smelling cannabis and you’re sitting there thinking, “Oh, there must be a skunk in the neighborhood.” It’s a very strong odor, and it’s associated with the cannabis plant. Sometimes you smell that odor and you like it, but some people do not.

The smell is a defining factor of cannabis, and I remember giving another interview where I was asked a similar question: “Are we going to address the stigma of cannabis with odorless?” And my response was, “No, we’re not.” We look at the smell as a defining factor of cannabis. But we also have to start thinking on the flip side, so this smell is not appropriate for children to be around and many elderly people find it disturbing. You have people that become nauseous when they actually smell cannabis.

We’ve had many complaints about people living in condos or apartments, and they’ll literally get off the elevator and they’ll start walking down the hall, and there’s this heavy smell of cannabis in the air. On a personal side, you go outside at lunch, you want to have your CBD cannabis smoke or your afternoon cannabis before you go back to work during your lunch period, you’re going to come back in and it’s going to stick to your coat and you’re going to smell like cannabis. Everybody’s going to know what you’re doing, and while that in itself is not necessarily a bad thing, perhaps people around you don’t want to smell it when you sit down at your workstation. And in all these cases that I’ve talked about — schoolyards, parks, apartments, neighborhoods, work environments — you are subjecting other people to this cannabis odor. Some won’t mind, but some certainly do mind and we hear about it a lot.

Some people have allergies to it. For some people, it makes them nauseous and gives them headaches. So that’s what this product addresses. I read an article recently that stated 51 percent of cannabis smokers that enjoy cannabis on a regular basis have a complaint about the odor; they do not like the smell. So even though it’s a defining factor of cannabis, we’ve come up with a product to address what a number of people look at as a great product with a negative aspect to the product itself, the smell. That’s really what the odorless cannabis and PURECANN were designed to do: to give people a choice and the ability to show respect for people around them that perhaps don’t want that odor, including the smokers themselves — some of them don’t want that odor.

By the same token, I really feel there’s a level of respect that needs to be addressed in the industry. And I think PURECANN and CannabCo in general address the respect for others. So if we want them to respect a cannabis smoker for smoking cannabis, I absolutely think they should. But shouldn’t the cannabis smoker also respect their desire not to come home and have their entire apartment smell like weed when they’re not smokers? So it really does work both ways, PURECANN and the odorless cannabis product allow people to get the same level of enjoyment but without the smell. In many cases, we expect connoisseur smokers will say they prefer the odorless product just from personal experience. All the while, they’re not forcing that negative aspect of the smell onto others.

INN: What is PHOENIX and what benefits does it provide?

MP: We didn’t see what we wanted out in the marketplace at the time as a grow technology, and we felt that through the use of technology there could be a lot more accomplished on the growth and cultivation side of the business. So we worked with a company to develop PHOENIX. PHOENIX is a specific growth technology for indoor hydroponic growing, which is exclusive to CannabCo. We hold the sole rights and the ability to disseminate those rights to other partners if we choose to. The technology allows us to produce a pharmaceutical consistent-grade product at a cost of under C$0.50 a gram in the Canadian market. And that’s unheard of.

We make a product that is superior to greenhouse product that costs less. With indoor hydroponic products, you’re able to control the environment to such a tolerant degree, you can dial in what we call environmental recipes to produce the exact product and the exact effect that you want in a repeatable fashion, which is important for the pharmaceutical industry. You want to be able to repeat those results and provide that consistency of product. And we can do all of that lower than what a greenhouse can grow at. We feel it’s a hugely disruptive technology that allows us a very strong position in the market to be able to sell that kind of product that’s made through this technology and have that flexibility on price. It either translates to a higher profit margin or a much stronger competitive nature in the industry when we’re bidding on contracts or trying to enter a particular market.

INN: What’s next for CannabCo and how does that fit into the company’s long-term goals?

MP: Right now we are firming up a lot of relationships with the PURECANN system and the PURECANN odorless product. At the same time, we are in the midst of our initial capital raise. We have engaged legal to become a reporting issuer on a licensed exchange. So we are proceeding down the path right now to a public listing. Down the road, we do have relationships with other companies and we are planning on a much larger production facility, which we will look to the public markets for the capital raise. The company intends to deploy the PHOENIX technology to manufacture products specifically for the Canadian market and for export. At the same time, that technology is tied into the odorless cannabis product, which we know has a huge demand, so we’ll be producing that in both the pilot and the expansion facilities down the road. The expansion facility will be producing everything from dry products all the way through to extracts and edible products. CannabCo will also be focusing on the health and cosmetic industry with non-consumables such as lotions, creams, bath bombs and topicals. That is the long-term company plan, all the while focusing on shareholder value.

Also, as a company philosophy, I think we’re differentiated, not just by our innovative technology, but our philosophy of not just throwing money at a project or non-performing asset. We’ve seen companies that just raise hundreds of hundreds of millions of dollars, and then they deploy capital in a questionable direction that ultimately wastes the capital. We are about deploying capital that’s needed in a systematic and logical fashion with a clear goal of returning revenue. It’s an old school philosophy: If you spend $5, you make back $10, and thinking along those lines you create a company that is viable, organically sustainable and can grow in the direction that you want, instead of just throwing money at a project and seeing what sticks. So that’s somewhat of the company’s philosophy and where we feel the direction of the company is going in the future.

I consider myself privileged. I work with people who I think are the finest group of people in the cannabis industry. I’m usually in the door before everyone and out after everybody leaves, and every morning I will actually sit here looking forward to my team coming in the door. We have very much a close family environment. So in that sense, we’ve just got a great, great group of people and it’s just a great place to be in the industry right now.

The information contained here is for information purposes only and is not to be construed as an offer or solicitation for the sale or purchase of securities. Readers should conduct their own research for all information publicly available concerning the company. Prior to making any investment decision, it is recommended that readers consult directly with CannabCo and seek advice from a qualified investment advisor.