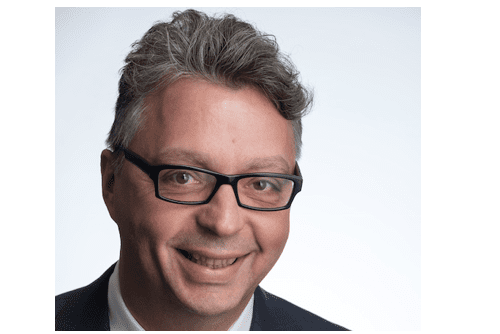 Blue Sky Uranium CEO Nikolaos Cacos provided insight into the company’s progress at its Amarillo Grande project in Argentina and into the vanadium and uranium markets.

In the interview below, Cacos addressed the company’s discoveries at the Amarillo Grande project as well as the work planned for the future. He also talked about Argentina’s nuclear power program and what it means for the company moving forward.

Below is a transcript of our interview with Blue Sky Uranium CEO Nikolaos Cacos. It has been edited for clarity and brevity.

Blue Sky Uranium CEO Nikolaos Cacos: Blue Sky is a uranium-vanadium exploration company focused on developing our Amarillo Grande project in Argentina. Six months ago, we released our first resource estimate for the property that contained 19.1 million pounds of uranium oxide and 10.2 million pounds of vanadium oxide, making it the largest uranium discovery in Argentina in the past 50 years. On top of this, there’s a lot of upside potential to expand our resource, while providing opportunities for our shareholders and investors.

INN: What are the highlights of the company’s Amarillo Grande project in Southern Argentina?

NC: Amarillo Grande is in the province of Rio Negro, which is a strong, established nuclear jurisdiction. The federal and provincial governments own and operate a well-regarded entity that manufactures and exports nuclear reactors to the rest of the world. We also receive a lot of support from the government and the local communities.

Additionally, the province of Rio Negro is flat-lying and the deposits that we’ve uncovered to-date sit on the surface. The benefit of this is that we won’t have to use blasting to access the uranium and vanadium. Another benefit is the size of our property, which extends in straight lengths for up to 145 kilometers. As such, we have access to a district of underexplored land.

INN: What is the significance of the vanadium results you have uncovered on the project?

NC: Our vanadium results were discovered alongside our uranium showings, which we find very interesting. In the past, we’ve encountered a pound of vanadium for every pound of uranium. Now, in some targets, we’ve encountered four or five pounds of vanadium for every pound of uranium. A few years ago, vanadium was selling on the international markets for $4 per pound. Within the past year and a half, however, we’ve seen the price of vanadium rise to $33.50 per pound. Currently, vanadium is worth more than uranium and this is having a positive impact on the potential economics for our deposits.

INN: What are your upcoming exploration plans for the property?

NC: Currently, we’re working towards completing a preliminary economic assessment (PEA) to demonstrate that Amarillo Grande has the potential to be one of the lowest-cost operations with positive economics in the world. With the price of vanadium and uranium on the rise, we believe that we can demonstrate the robustness of this project even if there is a future downturn.

The mineralization style at Amarillo Grande is similar to other producing projects, such as Cameco’s (TSX:CCO,NYSE:CCJ) Inkai deposit in Kazakhstan, which is one of the largest and lowest cost mines in the world. There’s a lot of work to be done before we can demonstrate the size of Amarillo Grande, but we believe that we have the potential to meet our goal. Our upcoming PEA will highlight those economics and our ongoing exploration plans.

INN: What is next for Amarillo Grande project and how does that fit into the company’s long-term plans?

NC: After the completion of the PEA, we are going to start working on a feasibility study with the goal of bringing the Amarillo Grande into production. As a country, Argentina is partially nuclear-powered and currently has three operational generators with plans to build more. Currently, the southern nation imports 500,000 to 1 million pounds of uranium annually from either Canada or Kazakhstan. We intend to be the first domestic uranium supplier for Argentina and also a net exporter of uranium.