Barksdale Resources: Advanced Precious and Base Metals Properties in Mexico and Arizona

Investing News Network
Video Interview
Online gaming makes up one of the largest and most plugged-in communities in the world, and now, some of the biggest gaming stars are using their collective reach to have their fans join in on a great cause: the "CausePlay IRL" charity fundraiser for St. Jude Children's Research Hospital. Launching on September 1 gaming influencers like DrLupo and Myth are participating in the campaign, which aims to raise $1 ...

-Â Online gaming makes up one of the largest and most plugged-in communities in the world, and now, some of the biggest gaming stars are using their collective reach to have their fans join in on a great cause: the "CausePlay IRL" charity fundraiser for St. Jude Children's Research Hospital.

Launching on September 1 , gaming influencers like DrLupo and Myth are participating in the campaign, which aims to raise $1 million during the month of September, which is Childhood Cancer Awareness Month.

The campaign will feature dozens of streamers, influencers and celebrities â€” who have more than 300 million followers, collectively â€” to simultaneously raise funds through daily livestreams and social media posts, which will rally their supporters to donate and fundraise themselves for St. Jude. All funds will go toward costs incurred by families affected by children undergoing cancer treatment, including food, clothing, housing and more.

In addition to the campaign, a live-action short film will premiere on the "IRL Bros" YouTube channel to continue to promote the fundraiser. The "CausePlay IRL Fortnite " short film stars gamers DrLupo and Myth, plus actor Luka Sabbat.

DrLupo, one of the biggest gamers in the world, previously set St. Jude's fundraising efforts by a single creator when he raised $2.3 million in just 24 hours during a gaming livestream in 2020. In total, DrLupo has raised more than $10 million for St. Jude.

During our conversation with DrLupo, "I've said it before, I'll say it again â€” being part of something bigger than yourself, giving to a cause like St. Jude and leading by example is incredibly rewarding."

The gamer says that the Fortnite community has the potential to be incredibly powerful in its fundraising efforts because of its passion, saying, "Gaming, in general, has always contained some of the most generous, passionate individuals I've ever met."

The campaign is produced by IRL Productions and HMBL House with funds being raised on the Tiltify platform.

Wes Johnson of IRL Productions came up with the idea for the campaign, after he began working with St. Jude in 2018 when he was first invited to visit and play games with young cancer patients. It was after that first visit that he was inspired to create the Fortnite short film, which was produced in late 2019 and through the pandemic. An avid gamer since childhood, Johnson says that gaming helped many of the children through their recovery, especially during the coronavirus pandemic, which was even more isolating than the normal treatment process. "Hospitals have been overrun and overwhelmed during the pandemic. As cancer patients, these kids are some of the most at-risk to infection by something as devastating as COVID-19," says Johnson, who is a prominent gaming influencer himself with over 350,000 Instagram followers. "From what I'm told and from what I've seen, gaming is big on the St. Jude Campus. It can be used to help with pain management, be a great stress reliever and help kids, who must remain isolated, keep in contact with their friends."

Johnson says that Fortnite is often played throughout the halls of St. Jude, but his team hopes to expand to more titles in their future efforts.

Brenden Johnson , Wes' brother and partner aka the "IRL Bros" was asked, "Why did you want raise money for St Jude?" Brenden responded, "Being the father of a little girl myself, I couldn't imagine anything worse than finding out your child has cancer. Wesley and I both wanted to support St Jude by creating something amazing to help all the family's that are going through the toughest thing that any parent could face.

"We want to include anyone and everyone who wants to help children in need, so hit us up if you want to join in on the campaign!"

When Johnson had the idea to create a charitable film and campaign, he teamed up with his longtime friend Brett Claywell , an actor from "One Tree Hill" and "One Life To Live," who is now the founder of HMBL and co-founder of Tiltify, the world's premiere crowdfunding platform for livestreaming.

"After seeing the effort and the talent that Wes and his team poured into this short film, I felt obligated to do what I could to return the favor and help make his vision a reality," says Claywell, who has worked on past charity projects with Johnson. "Wes and all of the talent that is involved in 'CausePlay IRL' are some of the most inspirational creators within the gaming community, and we were honored to be of service to this campaign."

"We've watched in awe how the gaming community has grown the past few years and the influence they yield culturally, and we are so grateful for our friends in it," said Richard C. Shadyac , President and CEO of ALSAC, the fundraising and awareness organization for St. Jude Children's Research Hospital. "Even more than that, I'm especially heartened about how this community is truly invested in purpose and giving â€” and their impressive philanthropic impact shows through supporters like WesIRL and DrLupo, and partners like Tiltify. We're so thankful that this community makes it possible for St. Jude Children's Research Hospital to continue accelerating its research and delivering lifesaving treatment for kids around the world with cancer and other catastrophic diseases."

Learn more about the fundraiser here , and watch the trailer for the fundraiser below:
https://youtube.com/playlist?list=PLtgATu-DKY7l7k15-sxibmn08jBeoso7u 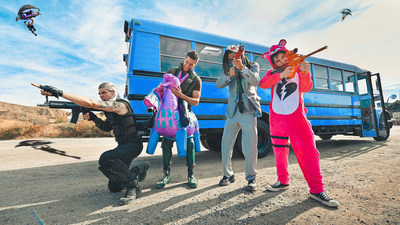 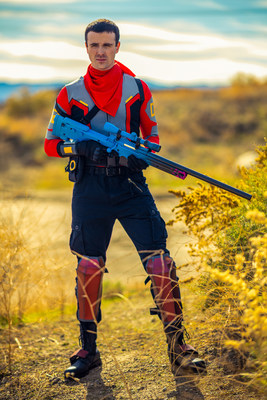