Oil levels were nearing levels that would likely prompt an increase in supply from the OPEC. Such an action would likely cause oil prices to drop. Furthermore, evidence of a bottoming out of the recession is still a bit patchy. The latest data on industrial production for some of the larger countries continues to remain negative. 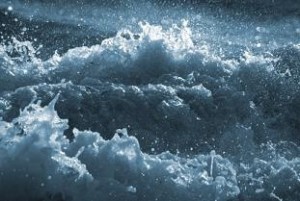 Trade might still be a long way from being normal, but the normalizing trends are in place. Surging oil prices have inflated US trade deficit in June to $27 billion, as goods imports increased for the first time in 11 months on the back of higher oil prices. Analysts state that the deteriorating trade situation “should actually be cheered.” Goods trade deficit with Canada, the biggest U.S. trade partner, more than tripled, to $1.6 billion.

“It means the U.S. economy is growing again and we are sucking in products from all across the globe,” said Joel Naroff of Naroff Economic Advisors. A sharp rise in crude oil prices accounted for much of the headline increase and the politically sensitive deficit with China also rose.

Excluding oil products, the US Commerce Department noted the U.S. trade deficit was its weakest since January 1999, at $20 billion, and 11.7 per cent below the May level. Surging crude oil prices continued to boost the overall trade gap. The oil products trade deficit, while far from its record 2008 levels, jumped 29.3 per cent from May to $17.2 billion, or 63.7 per cent of the total trade gap. The average price of a barrel of imported oil continued its spectacular rise in June, to $59.17, up 16 per cent from the previous month. That was 51 per cent higher than in February, when the price fell to a low of $39.22.

Avery Shenfeld, the chief economist at CIBC World Markets said oil levels were nearing levels that would likely prompt an increase in supply from the Organization of the Petroleum Exporting Countries. Such an action would likely cause oil prices to drop, and hence put downwards pressure on the Canadian dollar.

As of on cue, the International Energy Agency has trimmed forecast for 2010 oil demand growth. World oil demand will rise less than previously thought next year and evidence of a “bottoming out” of the recession is patchy at best, the International Energy Agency said Wednesday. The outlook from the IEA, which advises 28 consumer countries, follows two other cautious forecasts on oil demand this week. Oil prices eased following its release and were trading below US$ 70 a barrel.

“Evidence of a bottoming out of the recession is still a bit patchy. The latest data on industrial production for some of the larger countries remains negative,” David Martin, analyst at the IEA, told Reuters. “There is not clear evidence yet we have seen the worst.”

World oil demand will rise by 1.3 million barrels per day (bpd) in 2010 to average 85.3 million bpd, the Paris-based IEA said in its latest monthly report. The increase is 100,000 bpd less than previously forecast. The agency also revised upwards global outright demand in 2010 by 70,000 bpd on the basis of higher fuel use in Asia and made a larger upward adjustment for 2009 demand, which is now assessed at 83.9 million bpd.

Reports from both sides of the Atlantic were enough to offset news that crude supplies continue to grow in the U.S. The U.S. Energy Information Administration said oil placed into storage rose for the third straight week.

Despite being the world’s eighth biggest crude oil exporter, Nigeria is forced to import around 85 per cent of its petroleum product needs because of the chaotic condition of its four state-owned refineries. Unrest in Nigeria’s Niger Delta is costing $1 billion a month in lost oil revenues while the nation is spending a further tens of millions of dollars in unsustainable fuel subsidies.

Vested interests in the powerful petroleum marketing firms which import and distribute refined fuel have long hampered efforts to change the system. “We are losing one billion dollars per month of revenue from production because of the crisis in the Niger Delta and we are spending a trillion naira on subsidies, so we have to find a way to exit from this,” Central Bank governor Lamido sanusi said.

Attacks on oil infrastructure by militants in the Niger Delta over the past three years have prevented Nigeria from pumping much above two thirds of its three million barrels per day (bpd) installed capacity. The shortfall in output combined with lower world oil prices – at around $70 a barrel, half the levels seen in July last year – have further eroded foreign earnings in Africa’s most populous nation making the subsidies even harder to sustain.

Petroleum and gas sales were down 42 per cent to $192.7 million, as the prices of oil continued to trade at lower levels, compared with strong levels in 2008. The trust received an average oil price of $51.91 per barrel before hedging during the quarter, 40 per cent lower than $86 per barrel it earned in the same quarter last year. Baytex Energy, which acquired certain oil and gas assets in Kerrobert and Coleville areas of Saskatchewan in July, said it expects production for the third and fourth quarters to be about 42,000 boe/d and 43,000 boe/d, respectively.

Units of the trust were up seven cents at $22.85 Tuesday morning on the Toronto Stock Exchange.

Latin America’s largest oil producer, Petroleo Bradileiro SA, plans to spend a record this year and $20 billion annually next year through 2012 to fund exploration in waters deeper than 500 meters and at its Chicontepec development.

The state-owned firm needs oil to average above $70 a barrel to sustain record spending of $19.5 billion as it focuses on developing deep sea wells, Energy Minister Georgina Kessel said. Mexico has said that it holds 30 billion barrels of oil equivalent in deep waters. Pemex wants to partner with companies such as Brazil’s Petrobras and the U.S.’s Exxon Mobil Corp (XOM:US) and Chevron Corp (CVX:US) to develop its deepwater projects.

So far, the company has drilled 10 deepwater wells on its side of the Gulf of Mexico. Pemex expects to produce its first natural gas by 2013 and oil by 2015 from deepwater projects. The global financial crisis has made it difficult to find funding for alternative energy projects.

Dissident shareholder Palo Alto Investors emerged victorious from a long battle with Canadian Superior Energy Inc after the Calgary oil company yesterday recommended a new board of directors largely hand-picked by the U.S. investment firm. “We expect to be fully recapitalized and debt-free with some cash when we come out,” said Richard Watkins, who is the sole current director nominated to the new board.