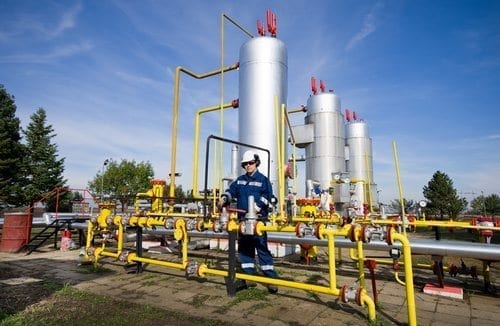 The Barnett Shale in Texas is emerging as one of the most productive oil and natural gas regions in the United States.

The Mississippian Barnett Shale region is one of the United States’ premier natural gas fields and is ripe for low-cost extraction opportunities.

The global market for natural gas is booming and the US has become a significant source of supply. The US is the world’s biggest producer of oil and natural gas, with output growing by 57 percent over the past 10 years thanks to discoveries made in the shale formations of mineral-rich regions such as the Fort Worth Basin. This mineral-rich geological formation includes one of the most prolific natural gas fields in the country, the Barnett Shale region, in North-central Texas. While senior companies are leaving Barnett for lower hanging fruit, advancements in extraction technology are creating new opportunities for natural gas exploration and production (E&P) companies to unlock further value from proven wells.

The global demand for US energy resources is on the rise. Since 1953, the US has been a net importer of energy. However, according to the US Energy Information Administration (EIA), the country is on track to becoming a net energy exporter in 2020, including products ranging from oil to natural gas.

Aurex Energy Corp. (TSXV:AURX) is a resource exploration company focused on the acquisition and development of a diversified portfolio of resource properties that includes natural gas, gold, and the energy-related metals copper, zinc, nickel, cobalt and platinum group elements (PGEs).Send me an Investor Kit

Global natural gas consumption experienced its largest increase since 1984, growing by 5.3 percent in 2018, according to BP (LSE:BP,NYSE:BP) Group Chief Economist Spencer Dale. China has turned to natural gas for its energy needs as the government seeks to wean the nation off coal as part of its war on pollution. Increasing levels of cheap natural gas production are putting the last nail in the coffin for coal in the country, with coal consumption dropping nearly 40 percent since 2008.

Exports of US natural gas first entered the global market in 2016. Since then, the country has exported more than 3.42 trillion cubic feet of liquified natural gas (LNG) according to the US Department of Energy. This new marketplace was made possible by advancements in large-scale and low-cost liquefaction (which turns gas into a liquid for easier transport) and more LNG export facilities coming online, allowing large concentrations of natural gas to be transported via ship to huge markets such as China.

Today, the US is the world’s third-largest LNG exporter. In a November 2019 report, analytics firm GlobalData showed that long-term contracts for US-based LNG exports in 2019 up to the date of the report had hit 22.3 million metric tons, accounting for 67 percent of total global long-term LNG contracts.

According to Patrick Rau, director of strategy and research for Natural Gas Intelligence, “(The US) has the largest number of potential LNG export facilities on the drawing board right now.” The EIA expects US LNG exports to average 4.7 billion cubic feet per day in 2019 and 6.4 billion cubic feet per day in 2020 with the commencement of the construction of new liquefaction facilities.

The US’ rising LNG production is largely due to its shale formations of fine-grained sedimentary rock that have been formed by compacted silt, clay-sized minerals and fossil fuels containing organic matter. The country’s most natural-gas-rich shale formations are found in the states of Texas, Pennsylvania, Oklahoma, Louisiana and Ohio. As the largest producer, Texas alone accounted for 22 percent of total US dry natural gas production in 2018. The majority of this production comes from the Permian Basin which spans across portions of Western Texas to Eastern New Mexico.

The birthplace of the US shale revolution has its origins in the Mississippian Barnett Shale formation. Covering 5,000 square miles in North-central Texas, Barnett is considered one of the most prolific onshore natural gas fields in the country. Commercial-scale natural gas production commenced in 2000, and by 2012 output had reached an annual production rate of 5.74 billion cubic feet per day from 16,000 wells, representing 30 percent of Texas’ natural gas production that year. “Information gained from developing the Barnett Shale provided the initial technology template for developing other shale plays in the United States,” according to the EIA. Plunging natural gas prices in 2014 led many senior operators to shut-in their wells and leave the Barnett Shale for other big payout opportunities.

Today, the Barnett Shale is experiencing somewhat of a renaissance, with production averaging 3.2 billion cubic feet of natural gas per day. Small natural gas exploration and production companies have moved in to pick up the potential opportunities left behind by senior producers. The established infrastructure, including pipelines to bring the gas to market, and known resources in the region are aiding in the low-cost restart of production at existing wells. Natural gas produced in the Barnett Shale receives a 20 percent premium over the Henry Hub price. Many of these wells were completed using shorter lateral drilling. More advanced drilling techniques are now available that can reopen the wells and access resources that were once thought to be unreachable.

“We believe the biggest opportunity in the Barnett Shale is in acquiring and reworking previous producing natural gas wells that are now shut-in. Since 2000, there have been over 25,000 wells drilled into the Barnett Shale. Most of that when gas was US$8 per million cubic feet. Because of the pace of that activity, not all the wells were drilled properly or completed properly or fractured properly,” said Gary Billingsley, professional engineer, geoscientist and CEO of Aurex Energy (TSXV:AURX).

Through its subsidiary, Aurex has acquired interests in 10 shut-in natural gas wells in the Barnett Shale and plans to use revenue generated by potential production to fund exploration on its diverse portfolio of metals projects. “When you think about 3,000 to 5,000-foot horizontal length and you can see they’ve only fractured a small part of that, then there is an opportunity to re-fracture these wells using more stages and better technology and actually increase the recoverable reserves in the process.” Billingsley estimates that there may be as many as 3,500 shut-in gas wells in the Barnett that could be acquired, reworked and brought back into production.

The US is now one of the top suppliers for the world’s booming LNG market. With several LNG processing facilities under construction and demand expected to rise, resource-rich natural gas fields like Texas’ Barnett Shale have much to offer both explorers and producers.

The information contained here is for information purposes only and is not to be construed as an offer or solicitation for the sale or purchase of securities. Readers should conduct their own research for all information publicly available concerning the company. Prior to making any investment decision, it is recommended that readers consult directly with Aurex Energy and seek advice from a qualified investment advisor.