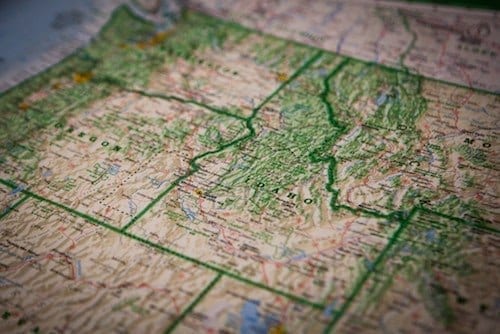 Mining has played a key role in Idaho’s history, and that importance hasn’t waned.

In an 1865 letter to the New York Times, an anonymous writer explained in better terms than anyone today could why the young Territory of Idaho was worth more than just “passing notice” as a mining jurisdiction.

“Her bosom teems with rich lodes of silver-bearing quartz of incalculable value, before which the mines of Spanish America pale,” the author of the letter wrote.

What the author so poetically pointed out about Idaho in 1865 remains true today. Even 153 years later, Idaho’s mineral wealth remains world-class. The difference between now and then, however, is that today the state is also home to world-class modern mining infrastructure to match that wealth.

Idaho remains a prime mining jurisdiction, and as such mining continues to be a cornerstone of Idaho’s economy as well as its history. The state is ranked as the 28th best mining jurisdiction in the world for investment attractiveness, according to the latest Fraser Institute rankings, and has consistently been in the top 10 for American jurisdictions.

It’s not an exaggeration to say that the state of Idaho exists as it is today because of its mining industry. The first exploration initiatives began in 1860, and the gold rush from 1863 to 1866 is what put the territory on the map; Idaho produced as much as 19 percent of US gold during that time. Mining is the state’s oldest industry and its strength was largely what drove Idaho to be admitted to the Union in 1890.

Currently, Idaho’s state government is doing what it takes to retain the mining strength that made the state what it is. Benjamin Davenport, executive vice president of the Idaho Mining Association, told INN that policymakers in the state have taken a pragmatic approach to regulation of mining and other industries. This approach includes tax incentives as a means of encouraging rural jobs.

For example, the state offers a 100-percent exemption for the sale of equipment and raw materials used directly in manufacturing, processing, mining, fabrication or logging operations, and another exemption on utilities and industrial fuels. Additionally, the Governor’s Office of Energy and Mineral Resources serves to help mining companies navigate the regulatory framework and lays out the job creation incentives that the state has made available.

Like other US jurisdictions, the permitting process in Idaho does take some time, but according to Davenport the process is far from insurmountable and the door to mining operation in the state is comparatively wide open.

“In Idaho you will find an open-door government that is interested in ‘getting to yes’ on a project. The leadership in our state knows what it takes to get projects off the ground and will work with industry to find the right path forward,” he commented. “As long as the mining is done responsibly with the financial assurances in place, our state will continue to welcome industry with open arms.”

Idaho maintains a skilled mining workforce. The state’s universities encourage natural resource and mining study, helping to provide a steady stream of mining professionals to industry. Several communities in the state are built around mining, ensuring that professionals continually see the industry as a solid option.

Through the Idaho Department of Labor, employers are offered recruitment tools, including online job postings, applicant screening, hiring fairs, online skills testing of applicants and more. The department also offers a Workforce Development Training Fund to reimburse businesses for employee training costs. Idaho’s cost of living also ranks among the lowest in the country, ensuring that workers stay in Idaho.

“With these geologic resources comes the working professionals. In addition to those working in the mines we have many of the big engineering and environmental firms with offices in and throughout the state,” said Davenport.

Idaho’s mining infrastructure is another selling point for the state. The state’s road and rail systems allow for the relatively inexpensive transport of ore to processing facilities. An inland port in Lewiston significantly cuts the cost of shipping overseas, and Idaho’s power grid is reliable with the lowest cost per kilowatt in the US.

Idaho has seen momentum in the mining sector lately, particularly in gold exploration and development. Otis Gold (TSXV:OOO) entered the final stage of permitting for its Idaho-based Kilgore project in May 2018. The Kilgore project’s 25-hole, 8,000-meter drill program saw results of up to 1.05 grams per tonne gold in February 2018. Midas Gold’s (TSX:MAX) Stibnite project has the potential to yield over 300,000 ounces of gold per year.

Revival Gold (TSXV:RVG) also has two projects in the state. The Revival Beartrack property produced approximately 600,000 ounces of gold during its original run from 1994 to 2000, and the company sees similar potential in its nearby Arnett Creek project.

It’s not just gold making up the mining activity in the state. eCobalt Solutions (TSX:ECS,OTCQX:ECSIF) is advancing the only current primary cobalt project with full environmental permitting in the US towards production. Cobalt, a key material for in-demand lithium-ion batteries, is rare outside the borders of the Democratic Republic of Congo, so this Central Idaho site is a valuable project. The company also has plans to build a cobalt production facility in Blackfoot, Idaho.

Bunker Hill Mining (CSE:BNKR) is another player in Idaho’s mining industry. The company’s property and namesake, the Bunker Hill mine, is the oldest and largest producer in the historic Coeur d’Alene mining district. Dating back to 1887, the Bunker Hill mine produced 35,944,000 tonnes of lead-silver-zinc ore before its closure in 1981. Despite Bunker Hill’s long history as a producer, the mine remains underexplored. The company plans to produce a NI 43-101 compliant resource estimate on the historic mine by mid-2018.

Over 150 years since the region was first explored for mining, Idaho’s mining industry continues to thrive, and all indications are that it will continue to do so. The state government recognizes the importance of this industry and has made the right moves to support it. The infrastructure is there and so is the mineralization, and enterprise has taken notice.

INNspired article was written according to INN editorial standards to educate investors.