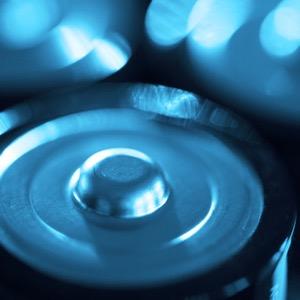 Political instability and human rights issues in the DRC are challenging the battery industry to find more secure cobalt sources.

Cobalt is used for everything from cell phone batteries to superalloys in jet turbines, making it an important technology metal — an element in high demand in today’s high-tech economy. Recently, that demand has accelerated, outpacing other elements in the lithium-ion electric vehicle (EV) battery space.

Tesla (NASDAQ:TSLA) has garnered media headlines for its ambitious plans to mass market electric vehicles by building a staggering 500,000 vehicles by 2018 and 1 million by 2020 at its gigafactory in the Nevada desert. But there are over a dozen other EV battery megafactories in the world, and each has similar plans to ramp up production. That includes the UK, which plans to ban all diesel and gas cars starting in 2040.

All of those new EVs will require a lot of new cobalt supply for use in battery cathodes. As Benchmark Mineral Intelligence analyst Caspar Rawles told the Investing News Network in an early 2017 interview, “to put that into numbers, in 2016, megafactory demand for cobalt was about 46,000 tonnes. By 2020, that’s going to be 76,000 tonnes. So there’s going to be a lot of growth in coming years.”

The Democratic Republic of Congo (DRC) is home to the world’s largest-known cobalt reserves and is responsible for roughly half of global production. Increasing demand and the fact that so much cobalt supply is concentrated in the historically volatile DRC has the market concerned that a single crisis or disaster could cause cobalt prices to spike, hamstringing dreams of mass EV conversion.

The DRC’s dominance of cobalt supply is astounding. Of the 123,000 tonnes produced globally in 2016, the DRC produced 66,000 tonnes, although the true number is probably higher when including the black market and China’s production. Why include China? Because most Chinese production is from ore and partially refined cobalt from the DRC.

Cobalt isn’t rare. It’s found in abundance in the Earth’s crust in trace quantities. The difficulty lies in finding it in purities high enough to justify production — a problem compounded by historically low cobalt prices. Today, most cobalt is mined as a by-product in copper and nickel extraction. The Bou-Azzer mine is the only mine operating globally with a primary focus on cobalt; it is located in Morocco and produces 2,000 tonnes of cobalt annually.

And therein lies the crux of the issue: studies forecast that cobalt consumption will increase by 5.1 percent annually, from 96,500 tonnes today to 124,000 tonnes by 2020.

Will there be enough new cobalt supply to meet increasing demand? “That’s the question everyone is wringing their hands about,” Chris Berry, renowned analyst and co-author of the Disruptive Discoveries Journal, told the Investing News Network. “Current cobalt chemical demand is set to outpace supply should electric vehicle adoption really become a significant portion of the global auto fleet — perhaps 10 to 15 percent by 2025.”

There are several large projects racing to improve cobalt production, including Glencore’s (LSE:GLEN) Katanga mine and Eurasian Natural Resources’ (LSE:ENRC) RTR project — both in the DRC. “In the near term, quite a lot of supply will come into the market, perhaps up to 50,000 tonnes a year,” said Berry. “But after that we start seeing a potential deficit.”

Berry’s cobalt price forecast is moderate compared to others expecting a severe cobalt deficit. He predicts prices will remain stable at $20 per pound over the long haul — as opposed to the $30-or-higher figures predicted by cobalt pessimists.

Part of the problem stems from the fact that cobalt is a by-product. Thus, often the decision to start or halt production is untethered from cobalt prices. “Cobalt can help overall economics of a deposit,” said Berry, but “the decision to build a mine will depend on the operating and capital expenses with copper or nickel rather than cobalt. From a price perspective, cobalt has always been an opaque market characterized by oligopoly.”

Global Energy Metals Corporation (TSXV:GEMC) is focused on offering security of supply of cobalt, a critical material to the growing rechargeable battery market, by building a diversified global portfolio of cobalt assets including project stakes, projects and other supply sources.Send me an Investor Kit

In response, many manufacturers are trying to cut back on the amount of cobalt used in batteries. That includes South Korean battery makers Samsung SDI (KRX:006400) and LG Chem (KRX:051910), as well as Daimler (ETR:DAI) battery supplier SK Innovation (KRX:096770), which is working towards more nickel-intensive batteries that would require less cobalt.

But there are limits. “I don’t see cobalt being discarded in batteries any time in the near future,” Berry said, implying that manufacturers who cut too much cobalt take risks; low-cobalt cathodes could result in products with bad charge life, compromising their viability as an alternative to the combustion engine. Indeed, no other EV battery candidates match lithium-ion batteries for their cold-weather resilience and long charge life — both necessary for mass-market EVs. And ultimately, lithium-ion batteries require cobalt in large quantities.

In the interim, that means companies are dependent on DRC cobalt, which is being bought up by several large conglomerates jockeying for position as they try to lock down supplies in anticipation of accelerating EV battery production. That includes state-owned Chinese enterprise Congo Dongfang Mining (CDM) and Anglo-Swiss multinational Glencore.

Today, China controls most cobalt refining and relies on the DRC for over 90 percent of its cobalt supply. This creates risk: the shocks and surprises that come with huge, vertically integrated supply chains.

For example, when Glencore suspended operations at its Katanga mine in the DRC due to low copper prices, it immediately removed 3 percent of the world’s cobalt supply. And had Glencore shuttered production, that could have resulted in a much larger 13-percent drop. Likewise, in early 2017, a row with state-owned partner Gecamines temporality jeopardized production at Glencore’s Mutanda mining project, the source of 4 percent of world cobalt.

Challenges within the DRC

The DRC also possesses a long, checkered history tarnished by chronic corruption and internal conflict. That’s reflected in rankings by organizations like the World Economic Forum and Economist Intelligence Unit, which place the DRC next to countries like Libya and Iraq in terms of political stability. This raises the large possibility of a conflict or crisis in the DRC squeezing cobalt supply — just as political fragmentation and protests continue to disrupt Libyan oil production.

On top of supply issues, atrocious working conditions in the DRC put global brands at risk. According to the DRC’s own estimates, 20 percent of cobalt exported from the country originates from artisanal miners, called “creuseur.” These miners work under harsh conditions, digging ore from deep, dangerous tunnels — prone to collapses and cave ins — with hand tools.

Child labor is also common throughout the DRC, and that includes the mining industry, where children as young as seven scrabble together a living gleaning bits of cobalt from discarded mine tailings.

Human rights organizations, including Amnesty International, have tracked artisanal DRC cobalt through CDM to some of the world’s best-known electronics and car manufacturers. It was in the wake of these ongoing reports of abuse that Apple (NASDAQ:AAPL) announced it would start treating DRC cobalt like a conflict mineral, requiring its refiners to agree to outside supply-chain audits and risk assessments.

The DRC’s longstanding problems are not likely to abate anytime soon. And this will prove a continued liability for companies dependent upon the clean, ethical appeal of EVs to bring them to mass market in Europe and North America.

Building a diversified supply of cobalt

That includes companies like Global Energy Metals (TSXV:GEMC). The company hopes to develop safe, ethical cobalt outside the DRC and plans to quickly bring new supplies to market to take advantage of a cobalt deficit it sees up until 2019. GEMC’s Werner Lake cobalt project in Ontario is one of the most advanced near-term production primary cobalt mine projects in Canada. GEMC has also entered into an agreement to earn in to the Millennium cobalt project in Mt. Isa, Australia as part of its growth strategy of acquiring project stakes in battery metals-related projects with its strategic downstream user partners.

When evaluating the potential of new suppliers, said Berry, the basics are similar to other metals projects. “You still need management who has experience in the cobalt space (and downstream relationships), a deposit in a reliable jurisdiction and a deposit that contains metallurgy that can produce a product that an end user will pay a premium for.”

Ultimately, however, there’s no reason to think these smaller-scale companies can’t still be successful and secure agreements with large manufacturers. “In cobalt, you’re competing against Glencore and the Chinese state-owned-enterprise juggernaut,” said Berry. “You won’t beat them, but you can join this growing market.”

This article was originally published by the Investing News Network in 2017.

This INNspired article is sponsored by Global Energy Metals (TSXV:GEMC). This article was written according to INN editorial standards to educate investors.

One response to “The Critical Need for Cobalt Supply Diversification”