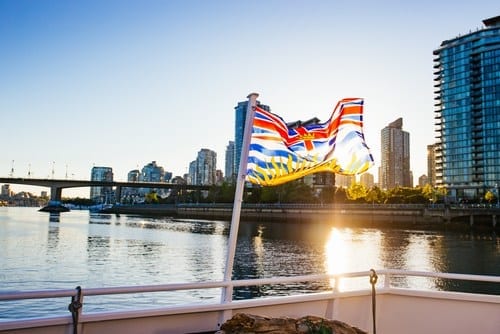 British Columbia’s cannabis industry is fueled by an extensive history and culture.

Cannabis has deep roots in Canada, and nowhere are they deeper than in the British Columbia cannabis industry. The legal market might just be getting started, but the province’s love of marijuana goes back decades.

“BC bud” developed a reputation as some of the best-quality cannabis on the planet long before Justin Trudeau’s federal government finally opened the door for legal cannabis sales across Canada.

That background and history is part of what makes BC uniquely positioned to become a hub for the emerging global cannabis industry. It doesn’t hurt that much of the province is fortunate enough to have the ideal climate for outdoor and greenhouse cultivation, a political landscape largely supportive of the industry and a workforce with the experience and passion necessary to spur innovation and maintain quality worthy of the name BC Bud.

The Valens Company (CSE:VLNS) is a vertically-integrated provider of cannabis products well-positioned to become a leader in the emerging global-wide cannabis nutraceuticals market which includes cannabis oils, extracts and edibles.Send me an Investor Kit

BC produces more cannabis than anywhere else in the country, and as legalization continues to roll out, BC’s favorite plant is poised to create more opportunity for jobs and economic growth for the province than ever before.

Cannabis has been illegal in one form or another in BC and the rest of Canada since 1923. Interestingly enough, cannabis usage and awareness in Canada was minimal in the early 20th century, and the rate of usage remained steadily low in the decades following. It wasn’t until the early 1960s when the love story between BC and cannabis truly began.

As the Vietnam War escalated, an estimated 30,000 conscientious objectors from the United States flooded into BC to escape being drafted, and with them came cannabis seeds. Many of these people settled in regions like the Okanagan, the Fraser Valley, the Sunshine Coast and Vancouver Island, which feature microclimates with the ideal conditions for cannabis cultivation. BC bud was born, and it didn’t take long for this high-quality cannabis to make its way back south of the border. As the ’60s gave way to the ’70s and ’80s, cannabis use became more and more widespread and BC bud’s reputation for quality spread across the world.

As time went on, cannabis lost part of its stigma as people better understood its medical benefits and questioned the supposed harm the plant was claimed to cause. Reports commissioned by the federal government in 1969 and 1972 recommended decriminalization but largely went ignored by lawmakers. By the time the year 2000 rolled around, medicinal use became common for pain management and more, but there were still no legal means to acquire the medicine.

A landmark case by the Ontario Court of Appeal in 2000 forced the government to establish rules for medical use. For most of the 2000s, however, a notoriously anti-cannabis Conservative federal government ensured that access to legal medical cannabis remained as tight as the courts would allow. In Vancouver, the epicenter of BC’s cannabis culture, cannabis users and the local government lost patience with the federal rules. In 2005, leading the way in progressive cannabis regulations, Vancouver’s municipal government drafted its own rules under which medical cannabis dispensaries could operate. The Vancouver Police Department allowed the stores to exist so long as they followed the city’s rules.

The election of Justin Trudeau’s Liberals in 2015 was in some ways a referendum on cannabis legalization. Since then, the government has moved relatively quickly to set up the country’s legal cannabis framework. The province of BC is now set to continue its legacy as a cannabis hub into the legal era. According to Statistics Canada, BC accounted for 36.6 percent of Canada’s cannabis production in 2017. To date, 25 cannabis companies have been awarded a license to operate out of the province, with plenty more currently in the application process. Among the companies looking to grow their operations in BC is Kelowna-based Valens GroWorks (CSE:VGW), which currently holds multiple Health Canada dealer’s licenses for import, export, cultivation, processing and research. The company is also in the process of becoming a licensed producer.

“BC’s roots in the cannabis space grow deep from cultivation all the way to innovative research. This type of familiarity with the plant is what makes operating out of this province so advantageous not only for Canada, but on a global scale. The network in Western Canada is unparalleled,” Tyler Robson, CEO at Valens Groworks, told the Investing News Network.

Throughout the past several decades, BC has been one of the most pro-cannabis places in the world, and that translates to a significant market in the post-prohibition era. While it’s impossible to get an exact figure on the market size for pre-legalization recreational cannabis, Canadians are believed to have spent C$5.7 billion on cannabis in 2017. According to Statistics Canada, BC is the second most smoke-friendly province in Canada, with an estimated 24.6 grams consumed per capita per year. BC expects to make as much as C$75 million in taxes on cannabis in the first year of legalization alone.

The list of companies with operations in BC includes some of the biggest players in the cannabis world today. Canopy Growth’s (TSX:WEED) headquarters are based in Ontario, but it also operates the largest cannabis greenhouse in the world out of Langley, BC. Aurora Cannabis (TSX:ACB) has several BC-based subsidiaries, including BC Northern Lights Enterprises. The province is home to dozens of smaller companies as well that are looking to carve out their niche in the craft cannabis space. As a vertically integrated company, Valens is establishing a range of operations in BC, including a 400,000 square foot commercial cannabis production facility in Armstrong and an extraction manufacturing and research and development facility in Kelowna.

Cannabis has been part of the fabric of British Columbia for decades, and now that the plant is being legalized and a legitimate industry is growing around the plant, the province’s economy can finally benefit from its world-class reputation as a hub for quality cannabis. For licensed producers in the province, BC’s prime growing conditions offer a unique opportunity to cultivate some of the world’s finest cannabis for a national marketplace.

The information contained here is for information purposes only and is not to be construed as an offer or solicitation for the sale or purchase of securities. Readers should conduct their own research for all information publicly available concerning the company. Prior to making any investment decision, it is recommended that readers consult directly with The Valens Company and seek advice from a qualified investment advisor.