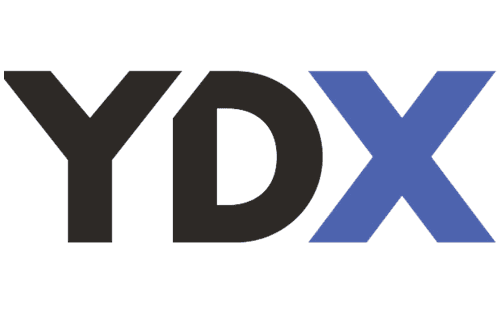 YDX Innovation Corp. (TSXV:YDX) has informally teamed up with BEAT Gaming to create an online open esports tournament and an online fundraiser to help during the COVID-19 crisis.

YDX Innovation Corp. (TSXV:YDX, OTC:YDRMF, FSE:A2PB03) (“YDX” or the “Company”), is pleased to announce it has informally teamed up with BEAT Gaming Corp. (“BEAT”), an arm’s length private esports company, to create an online open esports tournament and an online fundraiser to help during the COVID-19 crisis. The tournament will be sponsored by YDX Innovation and Twitch.tv.

The DOTA 2 BEAT Invitational will take place April 28th to 30th and four professional DOTA 2 teams are confirmed. The winner will receive a CAD $ 10,000 prize plus CAD $ 2,500 that will be donated directly to a charity organization of their choice. Event will be broadcasted on twitch.tv/BEATesports and highlighted at the website’s first page.

In addition, YDX and BEAT have launched an online Fundraiser Campaign through CanadaHelps.org. The Company would like to invite our shareholders and anyone in a position to help to contribute with funds or by sharing the fundraiser and raise awareness. Donations are sent straight to Red Cross Canada or two programs that focus on food banks helping people affected by the COVID-19 crisis.

Link for our campaign can be found here: https://www.canadahelps.org/en/pages/dota-2-beat-covid-19/

“We are thrilled to work with YDX and the network that they bring to our business,” says Bill Elafros, co-founder of BEAT. “Esports can play an important role during these times and we hope to help by bringing some entertainment and raising funds to support the cause. We need to unite and help fight the broad effects of COVID-19 together. As an online tournament, we can fill a gap and that is much needed.”

The Company previously announced the proposed acquisition of BEAT in news releases dated March 23rd and March 31st. Although the parties are working towards entering into a definitive agreement in the hopes of closing that transaction, the parties agreed to pursue this event in advance of such transaction to not only support this important cause but also to provide entertainment and interaction to gamers, enthusiasts and other industry participants that are subject to social distancing requirements in many jurisdictions.

“With many of us at home and being concerned, stressed and seeking some voids to fill their time, we thought it would be great for us to do our part and provide some engaging entertainment and small ways for people to escape their reality. Online tournaments can play a crucial role in restoring some normality in our lives, such as interacting with peers and exercising the creative parts of our brain for an alternate purpose. Countless people are being affected financially by the crisis, and we hope to help in any way we can. I’m excited for this event and hope our fundraiser can bring people together to help during these difficult times,” stated Daniel Japiassu, CEO of YDX Innovation.

Dota 2 is one of the most popular esports titles in the world, with a large number of fans participating as players and viewers in online tournaments. Dota 2 was one of the first esports with a prize pool of more than $1,000,000 at The International 2011. Some of the most popular and wealthiest esports professionals are Dota 2 players. According to Statista.com in 2019, the peak concurrent viewership on Twitch.tv of the DOTA 2 TI9 championships reached almost 1.08 million, up from 735 thousand viewers a year earlier..

BEAT organized the first large scale Canadian Dota 2 event at the Bell Centre in Montreal, Quebec in 2016. Events organized by BEAT have received extensive coverage from outlets such as ESPN, TSN & Score esports and have had successful engagements with Blizzard Entertainment, Valve, Twitch, AMD, SteelSeries and more.

YDX Innovation Corp. (TSXV- YDX :: www.ydxinnovation.com) is a technology company that develops products and services and is an expert in immersive technologies like Augmented and Virtual Reality, eSports events and Interactive Exhibitions under the following three divisions:

YDreams Global – www.ydreamsglobal.com – have developed over 1,300 interactive experiences for clients all over the world such as Disney, NBA, Adidas, Cisco, Nokia, Nike, Mercedes-Benz, Coca-Cola, Santander, AmBev, Qualcomm, Unilever, City of Rio and Fiat.