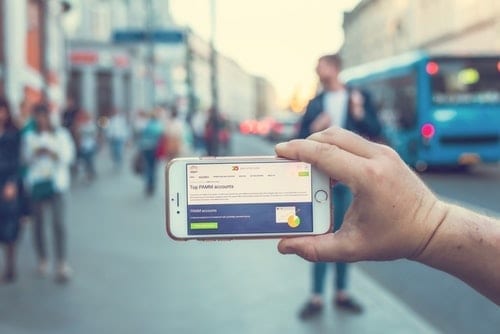 Over the week, Apple (NASDAQ:AAPL) became the world’s most valuable company, surpassing Microsoft (NASDAQ:MSFT) with a US$1.06 trillion valuation. This came amid positive analyst reports projecting better-than-expected iPhone 11 sales, according to Business Insider.

Netflix (NASDAQ:NFLX) and IBM (NYSE:IBM) shared their earnings on Thursday (October 17). Netflix reported a boost in subscriber growth in Q3, gaining over 9 percent in response. Meanwhile, IBM missed revenue expectations, recording a 3.9 percent year-over-year decline to US$18 billion for the quarter. Netflix and IBM have seen returns of 2.9 percent and 15.86 percent year-to-date, respectively.

Looking back over the week, in the small- and mid-cap spaces, the five top gainers are as follows:

In its most recent 10-K filings, Datasea said that, as of June 30, its cash balance was over US$6 million, a nearly fivefold increase compared to the previous year. The company reported a net loss of US$1.4 million, mostly unchanged from last year.

Professional Diversity Network’s inclusive employment platform connects job seekers with employers while promoting diversity and opportunities for its network of applicants. Based in Chicago, the company has over 300,000 career postings.

Limelight Networks provides companies with content strategy and coverage for games, video, software and mobile. For example, it provides real-time streaming services for monetizing content, and its live video content can be used at live events to maximize engagement and content scalability.

On Wednesday, Limelight announced US$51.3 million in third quarter revenues, up 4 percent from the third quarter of 2018. Its traffic rose 20 percent for the quarter, reaching record results.

Enterprise mobile platform Phunware works with Fortune 500 companies to help them monetize and engage audiences, with customers like Live Nation, Cisco (NASDAQ:CSCO) and World Wrestling Entertainment. Phunware leverages data from 800 million devices to drive returns on investment for its clients.

Earlier this month, Phunware announced that its blockchain-enabled platform is operable with advertising platforms such as Beeswax. Core to its platform is heightened transparency and reporting for audience data.

“By integrating our blockchain-enabled data exchange with programmatic advertising platforms, we empower brands with end-to-end transparency from audience design to audience activation while also compensating consumers for the use of their data,” said James Gray, director of product at Phunware.

Data for 5 Top NASDAQ Tech Stocks articles is retrieved each Friday at 12:00 p.m. EDT using TradingView’s stock screener. Only companies with a market capitalization of less than $500 million prior to the week’s gains are included. Companies within the technology sector are considered.

Base Metals Weekly Round-Up: Copper Hits 8 Month High, Then Falls
US to Sell Rare Earths to China Under Trade Deal
Platinum Price Hits 2 Year High, Moves Past US$1,000
Investing in Pharmaceutical Companies: What You Need to Know