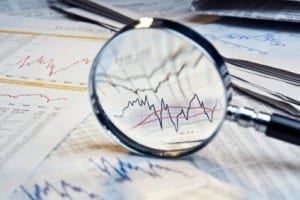 Crowd Mobile has had an impressive first year on the ASX, reporting a 192 percent increase in revenue for FY 2016 and EBITDA of $6.3m.

ASX-listed Crowd Mobile (ASX:CM8,FWB:CM3) reported a 192 percent jump in revenue, with AU$37.9 million for the 2016 financial year. Also highlighted was an increase in Earnings Before Interest, Tax, Depreciation and Amortization (EBITDA) of $6.3 million, which was up by 329 percent from the previous year.
Crowd Mobile is engaged in information and entertainment content services with a focus on mobile applications. The company has a ‘Q&A’ platform that provides personalised expert advice, and a subscription service that provides users access to games, infotainment and security products. Crowd Mobile recently launched Australia’s first legal advice mobile app called “Go To Court”, which gives users the ability to ask a lawyer a legal question directly from their smart phone or tablet, and receive an answer in real time. Crowd Mobile also facilitates mobile payments transactions in 25 countries connected to approximately 60 mobile telcos.

Highlights from the financial report include:


Give me my free report!
The 2016 financial year was Crowd Mobile’s first full financial year on the ASX. In June 2016, the company refinanced its senior debt via a US-based fund manager and this refinancing provided additional funding to grow the business and drive marketing initiatives. Chief Financial Officer Christian Shaw said that he expects the company to be debt-free between two to three years.

Corporate advisory firm DJ Carmichael published a research note on Crowd Mobile early this month, giving the company a Buy recommendation with a price target of $0.35. In the note, Analyst Michael Eidne acknowledged the debt refinancing and stated, “… we acknowledge that CM8’s is carrying debt and still needs to completely bed down the Track acquisition. While CM8 have made progress on both fronts by refinancing its bank debt and we are beginning to see improvements from the subscription business as the acquisition is bedded down, it will still take several quarters of positive results to establish an earnings track record and ongoing earnings visibility.”
In an interview, Eidne said, “My recommendation on Crowd Mobile is a Buy recommendation because I believe that the company is undervalued at the current share price.” He further adds, “The most compelling thing–for me–about Crowd Mobile, is the fact that they have a global platform in which they operate in 50 countries and a hundred and sixty telcos.”
CEO Domenic Carosa says that this year, the company will continue launching new products in the emoji space, which he says, “ is actually a growing segment of the market.” Crowd Mobile released its Gazmoji app on July 7, 2016 and it ranked number 1 paid entertainment in 9 countries.


Give me my free report!
Don’t forget to follow us @INN_Technology for real-time news updates!
Securities Disclosure: I, Pia Rivera, hold no direct investment interest in any company mentioned in this article.