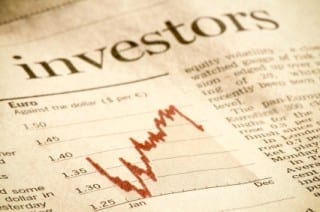 China is a hot region for app development and use, and Google is looking to re-establish itself there.

With a huge population of avid smartphone users, China is a hot region for app development and use. It’s thus no surprise that Google (NASDAQ:GOOGL) is planning to re-establish its presence there with the launch of its Google Play app store.
Google has a long and complicated relationship with the Chinese app market. Google pulled out of China in 2010 after the Chinese government imposed a series of heavy regulations on the company, going so far as to request that it censor its results.
This time around, Google has tailored the Google Play store’s behind-the-scenes functions specifically to China. Though the app store will work in much the same way as it does in other regions, it will not be linked to the international iteration of Google Play, and all of its data centers will be located in China. According to PYMNTS.com, Google is looking to Alipay, the payments product of Alibaba’s (NYSE:BABA) financial segment, to power the app store.

Google’s re-entry into the Chinese app market will likely be an important step for the company. As previously stated, China is a huge market for mobile apps. Indeed, AppInChina.co states that approximately 40 percent of the world’s Android users are located in China, presenting a huge untouched market for Google.
For the sake of comparison, Apple (NASDAQ:APPL) is conquering the app market through its stronghold in China. TechCrunch reported that although the Apple app store saw a much lower number of downloads in Q3 than the Google Play app store, its revenue was 80 percent higher. This revenue gap can be largely attributed to the Chinese market — China has now surpassed the US in terms of iOS downloads, making it the largest region in the world.

A report from App Annie shows that the growth of iOS downloads in China stems from two fronts: social video apps and games. Additionally, apps that allow users to develop shareable content on existing social media sites are gaining popularity, indicating the maturity of China’s social network. iDreamSky Technology (NASDAQ:DSKY) is one such company working in the Chinese app market. It’s an independent mobile game publishing platform located in China. The company operates games as a service, offering live game services and live user communication.
If Google is able to insert itself into this increasingly developed app ecosystem, it may be able to dramatically expand its revenues in the app arena. By taking the plunge into China, there is the potential for big payoff.

See our exclusive index of Mobile companies on the move
EXPLORE