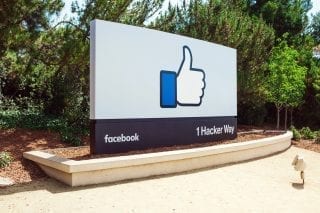 Facebook says that it does not precisely know what data was shared with Cambridge Analytica nor exactly how many users were impacted.

More than 600,000 Canadians may have inadvertently shared data with Cambridge Analytica as per a Facebook (NASDAQ:FB) blog post on Wednesday (April 4).

Mike Schroepfer, chief technology officer of Facebook, said in the blog post that up to 87 million people may have improperly shared the data with Cambridge Analytica.

According to the infographic, other countries impacted by the breach include Philippines, Indonesia, United Kingdom, Mexico, India, Brazil, Vietnam and Australia.

Facebook says that it does not precisely know what data was shared with Cambridge Analytica nor how many users were exactly impacted. However, the social media giantsays that this the best estimate based on accounts that installed ‘thisisyourdigitallife’ app.

Schroepfer said that the company has introduced nine changes based on the recent events to restrict data access on Facebook.

“Going forward, all third-party apps using the Groups API will need approval from Facebook and an admin to ensure they benefit the group,” Schroepfer said in the blog post. “Apps will no longer be able to access the member list of a group. And we’re also removing personal information, such as names and profile photos, attached to posts or comments that approved apps can access.”

The changes on Facebook would restrict how the data is shared on Events, Groups, Pages, Search and Account recovery and Facebook login. The call and text history which was revealed to be uploaded onto their servers will be limited and Schroepfer said that Facebook would delete the logs that are more than a year old.

“Overall, we believe these changes will better protect people’s information while still enabling developers to create useful experiences,” Schroepfer said. “We know we have more work to do — and we’ll keep you updated as we make more changes.”

Cambridge Analytica in their blog post said that they have licensed data for no more than 30 million people from Global Science Research.

As per Cambridge’s press release:

When Facebook contacted us to let us know the data had been improperly obtained, we immediately deleted the raw data from our file server, and began the process of searching for and removing any of its derivatives in our system.

When Facebook sought further assurances a year ago, we carried out an internal audit to make sure that all the data, all derivatives, and all backups had been deleted, and gave Facebook a certificate to this effect.

One response to “Over 600,000 Canadians May Have Shared Data with Cambridge Analytica”