YDreams Global Interactive Technologies Inc. (TSXV:YD, www.ydreamsglobal.com) (“YDreams Global” or the “Company) will be launching the first edition of the Interactive Exhibition “Social Media Influencers: Game Edition” today. The exhibit is expected to receive at least 30,000 paid visitors per month and has booked 10 consecutive editions in 10 different shopping malls.

YDreams Global Interactive Technologies Inc. (TSXV:YD, www.ydreamsglobal.com) (“YDreams Global” or the “Company) will be launching the first edition of the Interactive Exhibition “Social Media Influencers: Game Edition” today. The exhibit is expected to receive at least 30,000 paid visitors per month and has booked 10 consecutive editions in 10 different shopping malls.

The Company also wishes to announce it has secured a significant sponsor for the series of events. The electronics company, LG Electronics Inc. (LGLD:LSE) has signed as a new sponsor for the event and will display their new Gaming Monitor for all of the events. The event also has Gameloft, Razer, DXRacer and the sports portal EI as partners with. Sonae Sierra Brasil as the main sponsor. 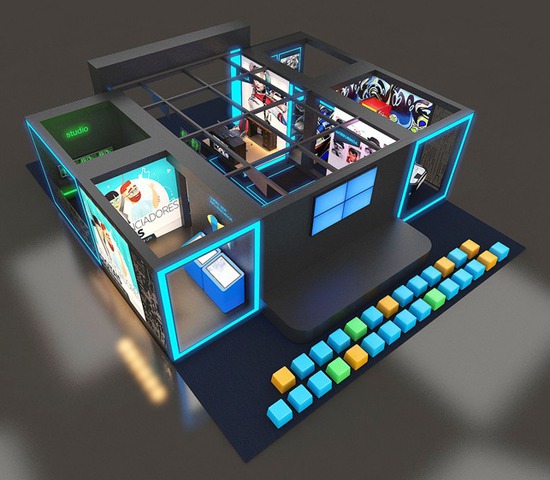 The Exhibition is created by YDreams with partnership from Celebryts, that features some of the most popular gaming YouTubers in the world. The four selected for this exhibition have a total of over 12 million subscribers. The visitors will be able to visit a recreation of their rooms/studios, learn about the gaming universe and how to improve their social media skills and even create a video inside a professional studio. It will also host live appearances and a gaming tournament.

“The exhibition is reaching a large audience and is becoming a celebration of the gaming universe. The media partners involved, through their networks have the potential to expose the exhibition to over 80 million people. We are creating a new format of Experience Exhibition: itinerant, connected, immersive and with themes that have millions of passionate fans” — Stated Karina Israel, COO of YDreams and creator of the event.

This event format is becoming very successful in terms of revenues and the company sees this exhibition as a product to be exported worldwide. Negotiations are currently underway for similar interactive exhibits with music and sports teams in the United States and Canada. North American YouTubers and Global Influencers are being selected to create a North American version of the event.

“We plan to create multiple new products featuring this format. By focusing on the global trends in gaming, sports and music we feel we have the ability to create global events featuring YouTubers and Influencers that can really create a buzz. YDreams hopes to build out with similar scalable models such as this event as YDreams will receive a share of the revenue but had zero cost as the sponsors covered these costs having the rights to the exposure. This model is a win-win for all involved.” Stated Daniel Japiassu, CEO of YDreams Global.

On February 27th, 2018, the Company announced that it was selected to present Arkave at SXSW, the most important technology and new media event in the world.

On December 22, 2017, YDreams Global announced the opening of the first Arkave Store.

On December 19, 2017, YDreams Global announced a mutual collaboration with Ubique, a reference in eSports with the goal of including Blockchain technology in Arkave.

On December 12, 2017, YDreams Global signed a new Augmented Project for one of the biggest Media and Entertainment companies in the world.

On November 9, 2017, YDreams Global announced the creation of a new blockchain, ICO and cryptocurrency division.

On October 5, 2017, YDreams Global was commissioned by Qualcomm Inc. (QCOM—NASDAQ) to create and design a project for them for Futurecom 2017.

On September 19, 201,7 YDreams Global announced it was commissioned by Octagon to create a project for the NBA.

YDreams Global Interactive Technologies Inc. (www.ydreamsglobal.com) is a technology company with offices in Vancouver, Dubai, São Paulo and Rio de Janeiro, that combines Augmented and Virtual Reality Technology, Design and Intelligence to respond to the challenges and demands of today’s users and consumers.

YDreams Global works as a partner for companies and brands to reframe their strategy through relevant human-centered ventures that integrates digital experience with physical presence and venues. YDreams Global anticipates future challenges and connects them with the needs of the market, building innovative concepts and delivering them with international excellence.

YDreams Global have developed over 1,300 projects for clients all over the world, such as Disney, NBA, Adidas, Cisco, Nokia, Nike, Mercedes Benz, Coca-Cola, Santander, AmBev, Qualcomm, Unilever, City of Rio and Fiat.