YDreams Global Interactive Technologies Inc. (TSXV:YD, www.ydreamsglobal.com) (“YDreams Global” or the “Company) is continuing to work on blockchain integration for the Arkave VR segment of YDreams.

YDreams Global Interactive Technologies Inc. (TSXV:YD, www.ydreamsglobal.com) (“YDreams Global” or the “Company) is continuing to work on blockchain integration for the Arkave VR segment of YDreams. The team is working to incorporate the acceptance of crypto currencies within the Arkave ecosystem. YDreams is a member of the Hyperledger Foundation, which is uniting visionary companies such as Intel and IBM to create and establish the future of blockchain technology.

Daniel Japiassu, CEO of YDreams Global commented, “As bitcoin and altcoins become more integrated in the mainstream, we plan to incorporate new blockchain technology within the Arkave ecosystem to maximize our potential revenue streams. We are planning on expanding the Arkave/VR locations in 2018 and look forward to continue leading with cutting edge technology.” 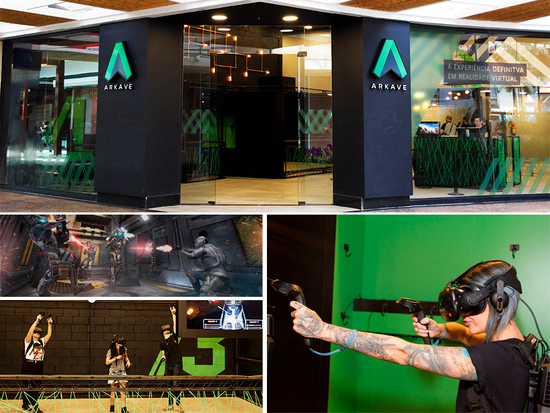 On April 18, 2018, YDreams Global announced that it has delivered a new smart city project, a Technology Training Center for training commissioned by the second largest city of the State of Rio de Janeiro.

The project was inspired by a previous project by YDreams Global, the Knowledge Vessel, a digital inclusion project that received the Intelligent Community Visionary of the Year 2016, from the Intelligent Community Forum, an organization from New York that studies the economic and social development of the 21st-century community and has an annual international award to recognize projects with positive effects in local communities in the world.

The new project includes a new Virtual Reality solution to inspire and educate the new generation about the upcoming technology and its effects on training. The Training Center will serve thousands of children, teens and young adults that live around the facility, improving their quality of life and opening new career doors. All the communities that receive similar installations are located in neighborhoods with low income families and provide free training and high-end technologies.

This is the 10th technology facility that YDreams Global has delivered with each returning recurring monthly revenues for the Company.

Daniel Japiassu, CEO of YDreams Global stated, “We are proud to be chosen by the city to create this technology center. YDreams Global continues to lead the way in developing these smart city projects and thus building our recurring revenues at the same time.”

On February 27th, 2018, the Company announced that it was selected to present Arkave at SXSW, the most important technology and new media event in the world.

On December 22, 2017, YDreams Global announced the opening of the first Arkave store.

On December 19, 2017, YDreams Global announced a mutual collaboration with Ubique, a reference in eSports with the goal of including Blockchain technology in Arkave.

On December 12, 2017, YDreams Global signed a new Augmented Project for one of the biggest Media and Entertainment companies in the world.

On November 9, 2017, YDreams Global announced the creation of a new blockchain, ICO and cryptocurrency division.

On October 5, 2017, YDreams Global was commissioned by Qualcomm Inc. (QCOM—NASDAQ) to create and design a project for them for Futurecom 2017.

On September 19, 2017 YDreams Global announced it was commissioned by Octagon to create a project for the NBA.

YDreams Global Interactive Technologies Inc. (www.ydreamsglobal.com) is a technology company with offices in Vancouver, Dubai, São Paulo and Rio de Janeiro, that combines Augmented and Virtual Reality Technology, Design and Intelligence to respond to the challenges and demands of today’s users and consumers.

YDreams Global works as a partner for companies and brands to reframe their strategy through relevant human-centered ventures that integrates digital experience with physical presence and venues. YDreams Global anticipates future challenges and connects them with the needs of the market, building innovative concepts and delivering them with international excellence.

YDreams Global have developed over 1,300 projects for clients all over the world, such as Disney, NBA, Adidas, Cisco, Nokia, Nike, Mercedes Benz, Coca-Cola, Santander, AmBev, Qualcomm, Unilever, City of Rio and Fiat.

Click here to connect with YDreams Global and receive an Investor’s Presentation.

×
See our exclusive index of Cloud companies on the move
EXPLORE