This week, investors continue to demand gold exposure and are beginning to build physical inventory positions, while China builds molybdenum and tungsten inventories and oil inventories finally appear to be trending lower. 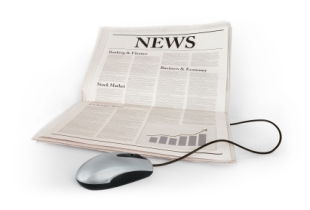 Gold’s biggest jump in four weeks came at Hungary’s expense as the latest European nation facing the all too familiar economic uncertainties of a debt crisis. This possibility is further stirring the pot of fear and apprehension threatening to boil over in the region, and in the world for that matter, as some top economic analysts are warning of more financial troubles ahead.

With a lot of debate over the problems but no talk about viable solutions, the financial issues in the euro zone aren’t expected to clear up anytime soon so investors seem keen to move out of the euro and into alternatives like the dollar and gold. Gold priced in euros reached a record high of 1,035.27 as the euro dropped below $1.19, a level not seen since March 2006.

It is not simply about investor demand through ETF exposure that has been driving the gold price, physical demand for gold coins and bars has also been very strong. The U.S. mint has been busy supplying investors with 23,000 American Eagles so far in June after a run of 190,000 in May. The Rand refinery in South Africa is running at full capacity and the World Gold Council is projecting a new high for investor gold demand in 2010 following last year’s record of 1,910 tonnes.

Gold’s safe haven appeal brought it up to a record high of $1251.40 an ounce in the middle of May. Yet, gold prices have remained range-bound between $1180 and $1240 an ounce for a month now and may continue in this pattern given the current price drivers.  Despite being range-bound for now, some analysts see this as a short-term phase in a long-term uptrend. “The market is on a longer-term and sustainable uptrend,” said Peter Hillyard, head of metal sales at ANZ Bank. “If you detach yourself from the minute by minute, this market is heading higher.”

Over the past month, metal mining company shares have been falling on fears of a slowed recovery coming from Asia. However, the signs of a slowdown in Asia may just be an overreaction in a market that is more risk-averse then ever due to the recent global economic downturn. While steel demand has fallen only slightly since early estimates predicted 6 to 10 percent growth in 2010, some Chinese steel manufacturers have defaulted on iron ore contacts, or put them off until June. This was a cause for concern from analysts around the globe; warnings were issued and investors withdrew from the market causing shares to fall. However, new data shows that some Chinese firms put off contacts till June to influence the price of those contracts.

A drop in predicted demand from the automotive and appliance industries, and the drop in steel production may affect the cost of molybdenum. However, Chinese firms have been buying up all of the molybdenum they can get their hands on, building massive inventories that may be artificially inflating the price of moly.  While Chinese firms are continuing to buy excess surpluses of molybdenum worldwide, and funding mining operations, the country is not using the entire surplus, just steadily building upon it. Instead they may be waiting for a time when molybdenum goes back up to its 2008 levels of $30 so that they can reduce the cost of steel production. This does however inflate the true cost of molybdenum worldwide, which is good for mining companies only so long as the Chinese are still buying.

Crude oil rose for the first time in three days ahead of a report expected to show U.S. crude inventories declined a second week and following some cautiously optimistic statements from the Chairman of the Federal Reserve.  The comments are creating upward pressure on U.S. equities, which have been strongly correlated with the oil market for much of this year, with traders looking for evidence that economic growth will fuel an increase in global oil demand.  On Tuesday, oil prices gained as much as 1 percent with analysts offering further support expecting a decline of 1 million barrels of U.S. oil supplies from 363.2 million last week.  Oil inventories have not fallen nationwide for two consecutive weeks since January.

While international producers have been at the mercy of China recently, the country’s monopoly has done some good for the overall tungsten market. A tightening of concentrate availability in China has resulted in a rapid price ascent. The metal has almost hit pre-recession levels with APT breaching $235 per tonne; the metals March 2008 peak was just above $250. Ferro-tungsten was holding steady at $29/30 per kg, which is the highest since November 2008, since hitting a low of $22 in December 2008.

The rapid growth in the Asian country’s economy has led it to being the top consumer and producer of the strategic metal. To conserve its resources and meet increasing domestic demand, the Chinese government has limited tungsten production and exports while increasing imports of tungsten. China dominates world tungsten supply; production outside of China has been quite limited, and international producers have accused China of dumping in efforts to maintain their monopoly.

Largo Resources Ltd (TSX-V:LGO) recently announced its intention to complete a Preliminary Economic Assessment (PEA) on its Northern Dancer Project by the end of this year. The Northern Dancer deposit is one of the world’s largest known tungsten-molybdenum porphyry systems and is located in the Yukon Territories in Canada.

Woulfe Mining Corp. (TSX-V:WOF)  has submitted its Sangdong mine development plan for approval by the provincial government in South Korea. If accepted, the Company will receive a development license which will allow the Company to redevelop the mine and process ore to produce concentrates of tungsten and molybdenum with by-products of bismuth and gold.