Molybdenum producers have had a busy week, with multiple mergers and new mining operations announced as demand rises. 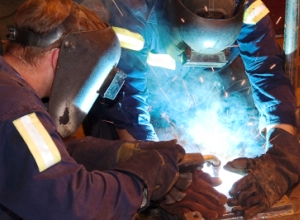 Better than expected US home data buoyed copper on the COMEX in early trading on Tuesday after dipping for four straight sessions. But, the ascent was just a blip with the upside being limited by a lack of positive economic indicators.  Rising global interest rates, uncertainty over a stable Euro-zone, tight credit, and an erratic dollar have all added up to keep the metal range-bound.  Many analysts insist that without a significant force to drive the metal in one direction or another range-bound will be the story for the coming months.

The metal’s upside is largely being limited by Chinese demand concerns.  Last week, the market anticipated February trade data out of China. Surprisingly, the data was palatable. China’s refined copper imports in February rose 12 per cent on the month to 220,530 tonnes.  However, the nation’s inflation hit the highest point witnessed in 16 months which has traders wondering how much more tightly the government will clamp down on monetary policy.

Ivanhoe Mines (TSX:IVN) has closed its private placement with Rio Tinto (LSE:RIO).  Announced on March 1, the private placement involved the issue of 15 million common shares to Rio Tinto, at a price of CDN $16.31 per share.  Total gross proceeds of the offering were CDN $244.7 million.

The BaselWorld jewelry show in Basel, Switzerland is at the center of continuing pressure leveled at the founders of the Kimberley Process. The pressure comes from industry insiders as well as human rights groups worldwide. At the heart of the controversy is whether or not the Kimberley Process (KP) has the ability and political leverage to deal with conflict diamonds, or blood diamonds, from Zimbabwe.  Highlighting the ongoing struggle in the African nation, the KP recently confirmed continuing human rights issues in the area; but a ban on the diamonds in the world market has yet to be confirmed.

Canadian miner Stornoway Diamond Corporation (TSX:SWY) released an updated report of its Renard project, stating the mine “project in Quebec may be almost twice as profitable to develop as previously forecast … This study has firmly established Renard as one of the best undeveloped diamond deposits in the world.”   The report also estimates a mine life of 25 years based on a production rate of 1.8 million tonnes per year with total diamond production of 30 million carats.

On Monday, Electrovaya Inc. (TSX: EFL) announced that former Chrysler Chief Executive Thomas LaSorda joined its board of directors and was appointed as special adviser to the Chief Executive Officer, Sankar Das Gupta. The company followed up on Tuesday with an announcement that it was chosen by Chrysler as the battery supplier for 140 Ram plug-in hybrid electric vehicles (PHEV) for a three year demonstration program.

The market reacted very strongly to the positive news flow as the share price appreciated from its close on Friday of $.95 to $1.07 at the end of Monday.  Consistent demand for the shares increased the price to $1.21 at the end of Tuesday, however by mid morning on Wednesday the price escalated to the $2.20 range.  Some profit taking during the afternoon saw the valuations revert to levels of $2.07 by the close of the trading session.

On Tuesday, Nortec Ventures Corp. (TSX-V: NVT) provided an update on the Company’s corporate activities and on exploration developments in Finland.  In addition to announcing a bullish independent research report recently published by eResearch, highlighting Nortec’s diverse portfolio of properties operating in Finland, Canada and Ecuador with exploration of base and precious metals, lithium and rare earth elements.  The initiating coverage analysis recommends Nortec as a ‘speculative buy’ and indicates a 12 month target share price of $.24, with the current valuation trading in the $.10 range.

Molybdenum producers have had a busy week, with multiple mergers and new mining operations announced as demand rises.

International PBX Ventures Ltd. (TSXV:PBX) announced it has begun drilling on its wholly-owned Sulfato copper zone project in Northern Chile.  The mine is estimated to be capable of producing approximately 785.4 million lbs of copper and 166.4 million lbs of molybdenum over the span of a 24-year mine life.  Shares in PBX Ventures rose today by more than 8 per cent on the news.

Wallbridge Mining Company Limited is in the process of acquiring a copper-moly operation from Paget Minerals Corporation. The property located north of Pemberton, British Columbia will consist of 116 square kilometers and covers the entire extent of one of these intrusions, which hosts widespread molybdenum mineralization and is associated with the largest molybdenum stream sediment anomaly in south-western British Columbia.

Israel Chemicals Ltd. (TASE: ICL), reported fourth-quarter 2009 earnings rose 15 per cent, due to a 9.7 per cent increase in sales.  According to the results the improvement reflected an increase in quantities sold for most of the company’s products, countered by reduced selling prices for some products, including potash and phosphate fertilizers.

K+S (DAX: SDF) the world’s fourth-largest potash supplier, said it was upbeat about its sales as demand from fertilizer wholesalers continues to revive even after a price hike this month. The company also noted that in the current economy it would be a challenge to fend off a takeover approach. The German fertilizer company said in January the price of potash, its main product, may have bottomed out after cutting prices to 285 euros ($384) per tonne.  K+S plans to raise prices to 295 euros per tonne this month.

Athabasca Potash’s shareholders have voted in favour of BHP’s CDN$341 million cash takeover offer. In January, BHP offered to buy the potash exploration company for C$8.35 a share in a bid to increase its interests in potash.  Athabasca’s primary potash project, the Burr project in Saskatchewan, is adjacent to BHP’s own Jansen project.

With 80 per cent of the world’s vanadium used in steel, steel production is a primary driver in determining demand for the mineral. China’s steel market has gotten off to a fast start in 2010, however increased production combined with falling exports and stiffer international competition in China’s own domestic market have lead to surpluses and a decrease in steel production.

Despite these warnings from the steel industry, analysts seem confident global demand for vanadium will continue to rise and that with vanadium’s already tight supply picture and the growing trend towards micro-alloy steel and vanadium’s performance in that area prices could climb.  Beyond new uses for vanadium-based steel products, vanadium has interesting energy-storage properties and is being used in a new generation of batteries for electric cars and energy storage systems attached to wind or solar projects to hold power produced during peak production periods until the power grid requires the electricity.