SilverCrest Mines’ (TSX-V:SVL) Eric Fier On Being One of the Lowest Cash Cost Silver Producers in the World 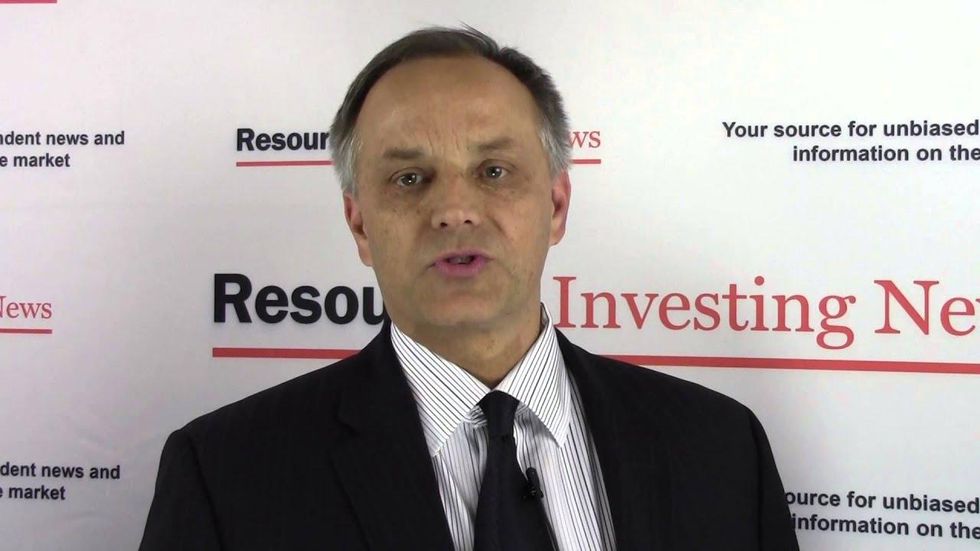 SilverCrest Mines Inc. (TSXV:SVL) President & COO Eric Fier talks about the move from a junior producer to a mid-tier producer, with its flagship project, the Santa Elena Mine in Sonora, Mexico.

SilverCrest Mines Inc. (TSXV:SVL) President & COO Eric Fier spoke to Resource Investing News at the Vancouver Resource Investment Conference about the Company’s transition from a junior producer to a mid-tier producer with its flagship project, the Santa Elena Mine in Sonora, Mexico. “Our cash costs are some of the lowest in the industry, not just in the junior mid-tier or senior, but we’re one of the lowest cash cost producers in the world, basically.” In 2014, investors can look forward to expansion in Santa Elena, including mill commissioning in Q2.

SilverCrest Mines Inc. (TSX‐V: SVL; NYSE MKT: SVLC) is a Canadian precious metals producer headquartered in Vancouver, BC. SilverCrest’s flagship property is the 100%‐owned Santa Elena Mine, located 150 km northeast of Hermosillo, near Banamichi in the State of Sonora, México. The mine is a high‐grade, epithermal silver and gold producer, with an estimated life of mine of 8 years and cash costs of $11 per ounce of silver equivalent (55:1 Ag:Au) for the open pit heap leach and underground mine. SilverCrest anticipates that the new 3,000 tonnes per day conventional mill facility at the Santa Elena Mine should recover an average annual rate of 1.5 million ounces of silver and 32,800 ounces of gold over the current reserve. Major expansion and construction of the 3,000 tonnes per day conventional mill facility is nearing completion and is expected to significantly increase metals production at the Santa Elena Mine (open pit and underground) in 2014 and beyond. Exploration programs continue to make new discoveries at Santa Elena and also have rapidly advanced the definition of a large polymetallic deposit at the La Joya property in Durango State with stated resources nearing 200 million ounces of Ag equivalent.
canadian precious metals epithermal mexico tsxv:svl vancouver Company News
Featured