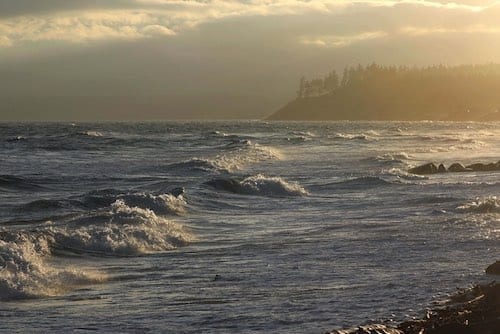 Four First Nations have agreed to work together and with the Canadian government and the natural gas industry to promote Canadian LNG.

The four First Nations — the Haisla and the Nisga’a as well as the Metlakatla and Lax Kw’alaams Band of the Coast Tsimshian — have agreed to work together and with the Canadian government and the natural gas industry to promote Canadian LNG.

The nations are all located in Northern BC in the vicinity of Prince Rupert and Kitimat — major LNG terminals for export, and the location of LNG Canada’s major project.

The Nations signed the MOU while at the World Indigenous Business Forum in Vancouver on Wednesday (October 9).

“The Nations believe a major focus of all climate policy frameworks should be the displacement of coal fired generation in the most polluting jurisdictions of the world with gas products from British Columbia — gas that has the lowest carbon footprint of any produced in the world,” they said in a joint press release.

“The signatories further believe that some of the credit for the reduction in global greenhouse gases (GHGs) should be transferred to Canada from countries who receive the natural gas via Internationally Transferable Mitigation Outcomes as enabled under Article 6 of the Paris Accord.”

Speaking with Global News Radio, John Helin — who is mayor of the Lax Kw’alaams Band north of Prince Rupert — said that the initiative could help First Nations and BC benefit from natural resources while reducing global climate emissions.

Helin said that it made sense for Canadian LNG to replace coal in countries like China. “If you’re travelling in a country like China and see the air that they breathe, I mean, anything that we can do to help clean that area would make sense.”

Chief councillor of the Metlakatla First Nation, Harold Heighton, said, “The reality is that Canada can make a much greater impact on climate change by displacing coal with BC LNG in Japan and China than we could if new LNG projects weren’t to proceed.

“Our Nations want to support the reduction of GHGs as much as possible, and displacing coal with BC LNG can make a major contribution.”

The concept of Canadian LNG offsetting coal consumption globally is a common rallying call of LNG in British Columbia, with Prime Minister Justin Trudeau reading from the same hymn book this time last year when the BC government approved the development of a C$40 billion LNG facility in Kitimat.

The operator of the project, LNG Canada has committed to making it the cleanest LNG project in the world.

The company has been posting regular updates on the facility’s progress, saying that it was coming along nicely.

“Current active construction by LNG Canada in Kitimat includes dredging in Kitimat Harbour to get the existing port ready for larger vessels and piling at Terminal A, where we are building a new wharf for Rio Tinto (ASX:RIO,LSE:RIO,NYSE:RIO),” says the company in its most recent update from October 1.

“On top of that, (LNG Canada is) progressing our environmental offsetting programs with the creation of salt marshes at Minette Bay and Hospital Beach, a fish ladder at Anderson Creek, and the diversion of Kitimat River to offset the environmental impact of construction-related work.”

The project will include LNG processing units, storage tanks, a marine terminal, a rail yard, a water treatment facility, flare stacks and workers’ accommodation for the 7,500 workers required for ongoing works.