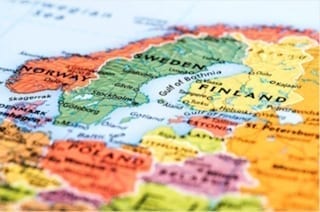 Nuclear power currently provides roughly 10 percent of Finland’s power, but the nation will increase that amount to fill the gap left by coal.

Finland will phase out coal and increase carbon taxes next year, the director general of the country’s energy department told Reuters last week.
In order for the plan to work, the Nordic country will need to find alternative energy sources to keep its power system stable. Nuclear power currently provides roughly 10 percent of Finland’s power, but the nation will increase that amount to fill the gap coal will leave.
“This strategy has a goal of getting rid of coal as an energy source by 2030 … We have to write a law … and that will be next year,” explained Riku Huttunen.


Give me my free report!
Huttunen added that the law will leave “room for manoeuvre” so that security of supply will be ensured. In other words, coal-fired power plants could still be available to avoid the risk of blackouts. He did not provide any additional details on carbon tax increases.
Finland is the top consumer of coal among Scandinavian countries, though that could change one the new law is introduced. The country also hopes the change will allow it to reduce its dependence on Russian imports — currently the nation imports 66 percent of its coal from Russia.
As mentioned, nuclear power currently provides only 10 percent of Finland’s power, with that percentage set to increase. At the moment, two new reactors are due to come online in the near future. Called Olkiluoto 3 and Hanhikivi 1, they are scheduled to start operating in 2018 and 2024, respectively.
That said, Huttunen commented that the schedule for Hanhikivi 1, owned by nuclear power company Fennovoima, might be too “enthusiastic” given that the company has yet to submit several documents regarding safety and economy.
Once the two reactors come online, about 60 percent of Finland’s energy needs will be met by nuclear power.
Don’t forget to follow us @INN_Resource for real-time news updates!
Securities Disclosure: I, Priscila Barrera, hold no direct investment interest in any company mentioned in this article.