The International Energy Agency’s announcement that China overtook the United States as the world’s largest power-consuming nation in 2009 is promising news for coal producers. While other nations are turning away from coal power, it accounted for 70 percent of China’s total energy consumption last year. And, even with China’s National Energy Administration predicting coal consumption will supply only 63 percent of the country’s energy by 2015, investor and analysts are still bullish about coal in China. 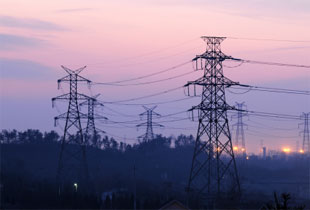 The importance of the IEA’s announcement isn’t lost on the chairman and CEO of the world’s largest private-sector coal company, Peabody Energy’s (NYSE:BTU) Gregory Broyce. Even if China is denying the report’s findings, it cannot deny its economy’s rapid growth. And, while other nations are turning away form coal, it supplied 70 percent of China’s total energy consumption last year and Broyce expects China’s hunger for coal to continue to grow even as energy supply diversifies.

China’s National Energy Administration is predicting coal-based power will supply only 63 percent of the country’s energy, down 7 percent, by 2015. But if China’s consistent 8 to 10 percent GDP growth continues – and Broyce doesn’t see any signs of it slowing – demand for coal will continue to rise.

Broyce pointed to China’s recently announced $30-billion investment to continue expansion of its power grid as one sign of continued growth for energy demand. He also noted China has ground to make up in steel-intensity-per-capita numbers where it is lagging far behind countries like Japan, South Korea and the United States. Here too Broyce expects China to become the world leader as auto sales continue to expand, more high-density housing is built, and China’s economy and urban population continue to grow.

“All of this translates into China’s coal demand growing at a rapid clip and coal imports continuing at a record pace,” Broyce said. “The June numbers just out show another impressive month with China net imports totaling 11 million tons.”

The commodities research group at Wood Mackenzie agrees that coal is likely to remain the fuel of choice for China and its surrounding region, forecasting consumption will continue to rise, at least in the short-term.

The group reports that without a global agreement to control carbon emissions, coal is the logical choice to fuel the growing power demand created by China’s rapidly increasing urban population. And, according to principal economist Julie Beatty, significant restrictions on carbon emissions are not likely to be enacted until 2017 or beyond because of the length and breadth of the global recovery.

Business Week reports analyst Zhan Lingyan at Shenyin & Wanguo Securities believes Chinese coal stocks may rise as much as 30 percent after fears of falling demand have subsided and coal prices stabilized in the second quarter, both of which are benefiting stock prices. Datong Coal Industry Company (SHA:601001), China’s third-largest coal company by capacity, surged 9.9 percent closing at 31.77 Yuan on Tuesday, the company’s biggest gain since November of last year. Sdic Xinji Energy (SHA:601918) was up 2.4 percent to 11.74 Yuan at close after the coal producer said profits in the first six months rose 32 percent from a year ago.

Lin Boqiang, director of the Center for Energy Economic Research of China at Xiamen University summed up the state of coal prices for the People’s Daily when he said, “The current prices are still high and may continue to go upward.”