Recent concerns over inflationary pressures in several emerging markets have prompted increases in lending rates from a growing number of central banks. While the hikes could signal a slower phase of growth for coal powered economies like China, the moves are only short-term adjustments as longer term prospects are expected to remain strong. 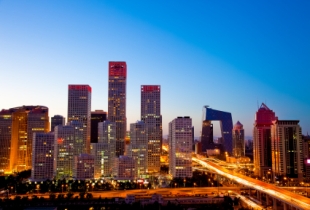 Recent concerns over inflationary pressures in several emerging markets have prompted increases in lending rates from a growing number of central banks. China’s central bank – the People’s Bank of China (PBC) – raised interest rates in early February by 0.25 percent on one year and long term lending rates; the third hike since mid-October with more increases expected in the first half of the year. India has pushed its marker up 50 basis points to 13 percent in late January and the Russian Bank raised its lending rate for the first time since December 2008 over concerns of consumer price increases. While the hikes could signal a slower phase of growth for coal powered economies like China, the moves are only short-term adjustments as longer term prospects are expected to remain strong.

Coal firms such as Arch Coal Inc. [NYSE:ACI], Bumi Resources Ltd [JAK:BUMI] and Peabody Energy Corp [NYSE:BTU] took hits in the anticipation of increases in rates in China. Following the lead up to the expected hike, Amer Tiwana, an analyst at CRT Capital Group LLC noted that “across the board looking at the commodity sector, they are all pretty much down and that’s primarily due to China” as “coal is one of the main commodities China uses.”  Despite this fall, many coal firms continue to take orders to supply Asian markets, including American firms which are stepping in to fill the short fall caused by last month’s flooding in Australia.

Rising inflation trends in countries like China and India are led partially by strong growth, but are primarily the result of rising costs of commodities (especially food prices). Rising prices in China are driven mainly by food inflation, which accounts for around 70 percent of the increase in China’s consumer price index. While rising energy prices such as coal and crude oil can carry a real impact for growth prospects, they are not yet acting to cool growing demand by emerging markets.

Executives at the recent BMO Global Metals & Mining Conference agree. Tom Albanese, chief executive of Rio Tinto, is mindful of the potential inflationary risks, saying that there remains “increased risk of volatility in commodity prices.” Alex Vanselow, chief financial officer of BHP Billiton, also stated at the same conference that “moves by some emerging market countries to restrain economic growth in order to curb inflation” may bump interest rates and lead to reductions in stimulus packages. Nevertheless, both see inflation risks abating in the face of sustained emerging market demand through 2011 and 2012.

Markets also agree. Even after Beijing downgraded forecasts for growth from 7.5 percent to 7 percent over the next five years, key industrial firms like China Coal Energy Co. edged up 1.3 percent on the Shanghai exchange at the end of February. “I can’t see any impact of the number on the market for now” said Zhou Lin an analyst from Huatai Securities, as historically the actual outcomes have mostly outpaced such targets.

Coal suppliers are pushing to keep up with China’s energy appetite, which shows little sign of slowing. China’s Bureau of National Statistics just released a report showing energy demand in the country increased by 5.9 percent in 2010, led by an economic growth rate of 10.3 pecent. With power use growing at 13.1 percent over that period, factories continue to depend upon coal to support this growth with thermal coal growing by 5.3 percent over the same year. The demand for coal remains strong despite China’s increase in natural gas and crude oil use by 18.2 percent and 12.9 percent respectively.

In 2009, China became the world’s largest energy consumer. Currently, China’s annual energy use stands at 3.25 billion tonnes of coal equivalent, with 70 percent of that derived from coal.