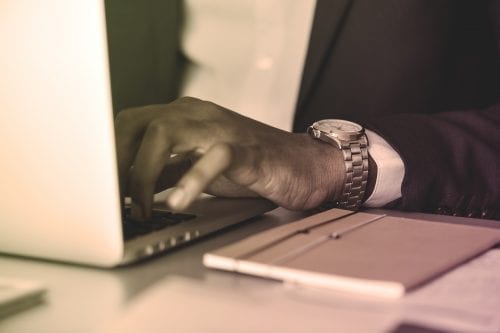 South Africa’s Tharisa (LSE:THS,JSE:THA) said Wednesday (May 16) that it has purchased a 90-percent stake in Salene Chrome Zimbabwe.

The company intends to target a promising platinum-chrome deposit in the Great Dyke region. It also plans to spend US$3.2 million over the next 12 months to test and develop a pilot project at the site.

The miner is hoping its early investment in Zimbabwe’s burgeoning underground chrome-mining sector will pay large dividends. In fact, its purchase of a controlling stake in Salene Chrome is being hailed as one of the first big moves in what is being called the “Zimbabwean mining renaissance.”

Last November, Munesushe Munodawafa, permanent secretary of Zimbabwe’s Ministry of Mines and Mining Development, issued an international invitation to chrome miners around the globe to come to the country and invest in underground mining.

In his keynote address at the 33rd Chromium Conference, Munodawafa challenged the world’s largest mining firms to consider partnerships with Zimbabwe’s small-scale miners.

“We believe that without these interventions, the chrome sector may not give us as much value as we want,” Munodawafa told attendees. “The future of chrome mining in Zimbabwe is in the developing of underground operations.”

Salene has been awarded three special grants under the Zimbabwe Mines and Minerals Act to explore and develop approximately 9,500 hectares on the eastern side of the Great Dyke. The Great Dyke is believed to contain the world’s largest known platinum and chrome deposits outside South Africa.

While the move by Tharisa could signal the beginning of a chrome rush in Zimbabwe, the company is remaining metered in its expectations and forecasts. “We’re not going in with a mega investment. We’re taking it systematically in a phased approach,” Phoevos Pouroulis, Tharisa’s CEO, told Reuters.

However, the company does realize time is of the essence when it comes to making a large-scale discovery. “Waiting for everything to settle and to be a perfect climate may be too late. It’s about a first-mover advantage,” Pouroulis continued.

Tharisa has also penned a cooperation agreement with Taiyuan Iron & Steel to sell the Chinese company chrome to be used in steel production.

In order to oversee Tharisa’s entrance into the Zimbabwean chrome industry, the company has appointed Dr. Josephat Zimba as country manager. Zimba is a key member of the new business development team and has been at the forefront of this Zimbabwean diversification initiative.

“The newly acquired asset in Zimbabwe forms part of our geographical diversification, as we are moving away from the single mine assets that we have in South Africa,” CFO Michael Jones told Mining Weekly.

He added, “if our estimates of the geology are right, it’s going to be a very meaningful contributor to our chrome business segment.”

Platinum, Palladium and COVID-19: Who’s Reacting and How?
How to Invest in Platinum
5 Top Weekly TSX Stocks: Caledonia Mining Up on Higher Earnings Guidance
Peter Schiff: Gold Could Go Much Higher Depending on US Election