India’s steel ministry, concerned over the depleting reserves of chrome ore, earlier this month called for a complete ban of its export. The ministry warned that the country may soon run out of the costly steel-making input if it failed to plug exports. 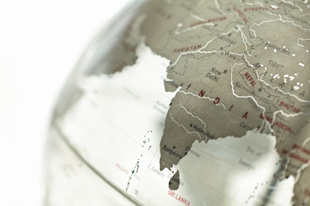 Earlier this month, India’s steel ministry, concerned over the depleting reserves of chrome ore, called for a complete ban of its export. The ministry warned that the country may soon run out of the costly steel-making input if it failed to plug exports. The article said that India had roughly 50 million tonnes of charge chrome grade ore but the country’s reserves are said to have depleted to 38 million tonnes.

“Despite this low reserve base, we are exporting nearly (500,000) tonnes of chrome ore a month. So, we are categorically in favor of a ban on chrome ore exports and have conveyed our opinion to the concerned departments,” India’s steel secretary P. K. Misra told The Indian Express newspaper.

India’s announcement came months after South Africa, the world’s largest exporter of chrome, said it wanted to ban chrome exports to China. India is the world’s third largest chrome exporter. Along with Kazakhstan, the world’s second largest producer, the three countries account for around 80 percent of the world’s production of chromite ore, which is used to make stainless steel to pigments to finish metals to plating.

The Indian government, which had until now enforced several restrictions against exporting chrome ore, is now calling for a total ban for the first time.

“Speculation about export bans, particularly in India, is pretty common,” said Mark Beveridge, a market research analyst at Paris-based International Chromium Development Association (ICDA). “That being so, I don’t think there is anything to say on this until we get confirmation that either country is actually going to do something.”

“South Africa’s authorities are thought to be considering the implications that a chrome ore export ban would have,” the ICDA’s Beveridge said. “It is by no means clear at this stage that they will actually recommend any restrictions or duties on chrome ore exports. Indian authorities are also reported to be considering an extension to the ban they already have on exporting certain types of chrome ore. But, as with South Africa, they have not actually said they will be making any changes.”

Experts say it is hard to gauge what kind of impact a chromium ban would have on the markets as the metal is not traded on major metal exchanges. Trades are included in bulk-steel trades in an over-the-counter deal or the price of the metal can also be negotiated between parties.

Whether these bans lead to shortage and price increases is still to be seen. But with global stainless steel production at an all-time high of 35 million tonnes in 2011, demand for chrome ore is expected to rise, according to an article in the Wall Street Journal. The article added that supply conditions may drive up prices of ferrochrome and chrome ore in 2012 as China is expected to see chrome ore shortage after Zimbabwe banned export of the metal to China. The outcome of India and South Africa’s move could tip the scale either way.