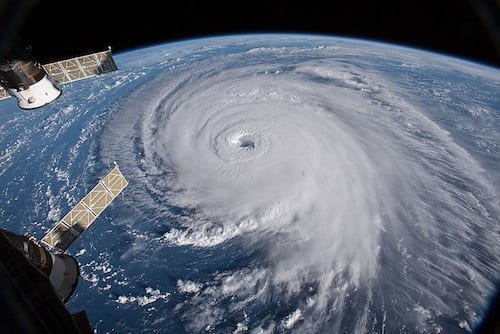 The Castle Hayne plant is located in North Carolina, which saw widespread flooding when Hurricane Florence made landfall earlier this month.

English chromium producer Elementis (LSE:ELM) has temporarily shut down its Castle Hayne plant due to ongoing clean-up efforts and after effects of Hurricane Florence.

The Castle Hayne plant is located in North Carolina, which saw widespread flooding when Hurricane Florence made landfall earlier this month.

Although the plant itself suffered no significant structural damage, flooding around the plant and adjacent area has forced Elementis to take this precautionary step.

In the meantime, the chromium producer will focus on its 113 employees of the Castle Hayne plant, ensuring they are safe and accounted for.

“Our team at Castle Hayne have led a first-class response to the extreme conditions resulting from Hurricane Florence,” Paul Waterman, CEO of Elementis, said in a press release. “The shutdown of the facility was well managed and we anticipate production to restart as conditions in the surrounding area return to normal over the coming weeks.”

He continued: “Most importantly all of our employees are accounted for and I would like to thank them for their diligent preparation and hard work during this period.”

At the height of the storm more than 740,000 North and South Carolinians were without power as the weakened Hurricane deluged both states with rain waters. Despite weakening to a tropical depression before battering the twin states, 36 deaths have been attributed to the storm in North Carolina alone.

Due to the ongoing widespread cleanup efforts, Elementis is unsure when they will be able to restart production, or get the plant up and running.

“Elementis estimates the plant should return to production during October 2018 and the impact on 2018 group earnings is anticipated, at this time, to be modest,” noted the announcement. “Trading across the rest of the group continues to be in line with expectations.”