The Cambridge House Resource Investment Conference provided a good opportunity for investors searching for value or growth potential in the current market to gain a distinct competitive advantage for structuring their resources investments with a higher concentration of management executives and professionally trained geologists. 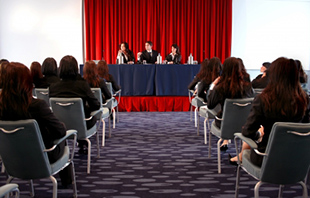 Investment demand for commodities and resources has become guarded, which was demonstrated at Cambridge House’s Toronto Resource Investment Conference on September 15 and 16. The event brought more than 1,000 people to the Sheraton hotel, and appeared to include a relatively high proportion of industry stakeholders compared with investors. This provided a very good opportunity for the investors searching for value or growth potential in the current market to gain a distinct advantage with a higher concentration of management executives and professionally trained geologists.

Brent Cook , veteran trained geologist for Exploration Insights  attended the conference and presented a relatively bearish scenario overall for the resources sector. One aspect underpinning his analysis is that, “[European] banks are going to have to be recapitalized and sovereign debt is a serious problem. If the euro falls apart — and I say it is 50 [percent chance] whether the euro stays together or falls apart — that it is all going to have a real negative effect on the global markets in terms of people’s perception of risk and what they are willing to invest in.” Qualifying further as to the potential impact on how this would be spread among production companies versus the exploration and development equities, “the sector that I am involved in, the junior resource sector, is the highest risk sector there is. If things fall apart as they appear, the junior resource sector is going to be hurt.” On a positive note, “if you can select the company with the real legitimate economic discovery early on you are set to do well, regardless of all the other ‘market stuff’.”

In a Market Wire press release statement, Nicole Evans, Cambridge House President of the Conference Division indicated that, “both individual and professional investors are looking for increased direct access to world class industry experts and company executives as they make their investing decisions. There is a lot of uncertainty in the market and this is a unique opportunity to get direct access to high potential public companies and global expert advice in two days under one roof.”

The originators for the world renowned Big Mac Index, a relative measurement of imprecise purchasing power parity, have turned some interest in tracking macro financial trends. By monitoring the word “recession” during a three month period, The Economist’s inexact R-word index tracks the exact number of times newspaper articles have used the word in a quarter. The index had been declining steadily from a peak in early 2009. It certainly has not been followed as closely as the Big Mac Index; however, investors might note that according to its proprietors it has achieved a relatively strong track record by indicating the start of American recessions in 1990, 2001 and 2007 with some level of accuracy.

In Asia, business sentiment has become guarded with 8 out of 13 highly capitalized companies in the resources sector becoming more cautious, turning guidance from neutral to negative, compared with overwhelmingly positive sentiment in the previous two quarters. The Reuters Asia Corporate Sentiment Index fell to 63 from 71 in the second quarter of 2011 with the third quarter at its lowest level since the fourth quarter of 2009, weighed down by global economic and political instability and inflationary pressures.

The most recent Risk List produced by the British Geological Survey is intended to give a generalized indication of the relative risk of supply for 52 chemical elements or element groups which global economies require to maintain current quality of life standards. Investors will note that titanium, aluminum, chromium, iron, and diamonds might be considered at a higher risk premium for over supply in the event of a global economic contraction.

A range of recession resistance can be applied across a spectrum of companies and entire industries that may generally be demanded at some level during all economic states. During times of potential recession, portfolio diversification can play an even larger role than normal for some investors with regards to managing risk. It is often wise for investors to maintain positions in a wide variety of investments in structuring asset allocation to properly hedge their portfolios.

Most investors will be familiar with gold as a traditional safe haven during times of market volatility and global economic uncertainty.  Historically gold mining equities can magnify gains made in the spot gold market price, and much has been written on the current disconnect. Obtaining positions in these companies at current valuations might provide exposure to increased earnings power of companies that can mine gold for much less than the spot market price.

The theme of energy seems to be as prominent as demand for energy continues to rise. Even if crude oil prices temporarily dip, the pressure to fund and develop alternative renewable energy sources could ease slightly on a short term, but the global population has certainly not declined and supply scarcities and deficits will inevitably return. In this case, exposure to coal, uranium, oil and gas could provide the potential of growth when government and consumer spending revert to statistical means with some hedge against downside risk.

Potash seems to have a good insulation against downside risk, as efficient agricultural production and enhanced yield will be significant.  The increasing global demands for food and alternative energy mandates might offer a relatively well insulated opportunity with solid long term fundamentals.

A key takeaway for some longer term investors before, during or after a possible recession might be to focus on specific investment objectives, as opposed to trying to time exposure in and out of an assortment of market sectors, niches and individual securities. Historical evidence of the cyclicality of certain investments throughout recessions may be prominent in the literature; however, it is always important to consider risk tolerance and investment horizons in order to construct a portfolio and maintain proper asset allocation.