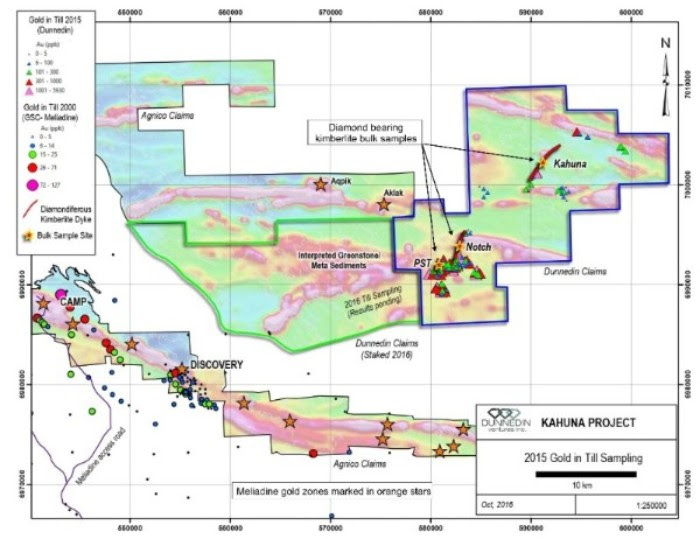 “While Dunnedin will remain focused on advancing our compelling diamond assets at Kahuna, we have also identified widespread gold mineralization,” said Chris Taylor, Dunnedin’s CEO, “This is not surprising given the proximity to the Meliadine project of Agnico Eagle Mines Ltd. and the geology shared by both properties.  The identification of gold proximal to our diamond resources and adjacent to one of Canada’s best new development stage gold mines could yield unique synergies between diamond and gold exploration at Kahuna.”
Highlights of results include: