The company has made three new kimberlite discoveries at its Saskatchewan-based Pikoo project. All signs point to more news coming out of that project — as well as the company’s Qilalugaq project — in the near future. 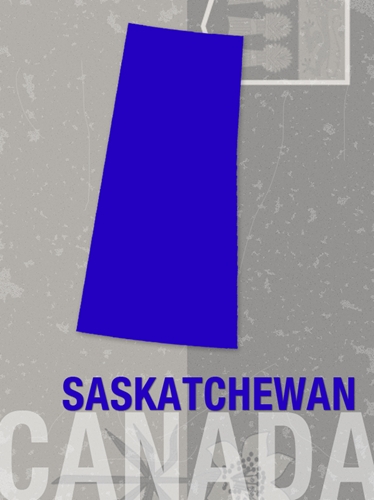 North Arrow Minerals (TSXV:NAR) has been in the news frequently in 2015, and it doesn’t look like that’s going to change any time soon. The company announced Monday that it’s made three new kimberlite discoveries at its Saskatchewan-based Pikoo project, and all signs point to more news coming out of that project — as well as the company’s Qilalugaq project — in the near future.

The three kimberlites were discovered during a recent round of exploration at Pikoo, and in conversation with Resource Investing News, Ken Armstrong, North Arrow’s president and CEO, said that finding them is significant in part because one of the goals of that program was to determine whether there were more kimberlites to discover at the project. “The answer to that is yes,” he said.

According to the company’s press release, the kimberlites are located in the East Pikoo, North Pikoo and South Pikoo target areas, with the most promising one being in the North Pikoo target area. It’s called PK314, and drilling to a depth of up to 213 meters shows that it appears to be an “E-W trending, vertically emplaced diatreme-like body that is 25 m wide with a minimum length of approximately 40 m.”

All that said, what’s perhaps most interesting about PK314 is that it’s “as big or bigger than PK150,” a kimberlite discovered back in 2013 during North Arrow’s initial drill campaign at Pikoo. North Arrow’s followers may remember that a 209.7-kilogram sample from PK150 returned a grade of 1.34 carats per tonne for diamonds greater than 0.85 millimeters, and sparked renewed interest in Sasktachewan’s diamonds.

PK150 understandably remains in focus, and the recent exploration program at Pikoo also saw some work done on that kimberlite. It’s now been drilled to a depth of 199 meters and across a strike length of 150 meters. Monday’s release notes that it remains open along strike to the east and to depth, and Armstrong added, “it’s essentially unconstrained.”

All that is good news for North Arrow, whose next step at Pikoo will be to submit the core from PK150 and PK314 for analysis. “Obviously we know PK150 is diamondiferous, it’ll be more verification for that body,” Armstrong explained. “And then for PK314 to see if it has diamonds in it as well.”

The waiting game is clearly on at Pikoo, but Armstrong made sure to mention that there’s some waiting going on at Nunavut-based Qilalugaq as well. The company is waiting for bulk sample results from the Q1-4 kimberlite at that project, and he said they’ll becoming in about a month. After that, North Arrow will conduct a valuation exercise to determine the diamonds’ value.

“[Qilalugaq] is certainly a lot more advanced than Pikoo is at this point because we have a resource,” Armstrong said, adding, “the valuation is the last piece of the puzzle we need before we put the plug in and see what kind of valuation we might be able to attach to that kimberlite.” The valuation’s completion will also be significant for North Arrow because at that point it will have earned an 80-percent interest in the project, which is a joint venture with Stornoway Diamond (TSX:SWY).

Summing up what’s going on at the two projects, Armstrong concluded, “we’re right at that point where we’re waiting on our results; they’ll give us an idea of how aggressively we’ll move forward with evaluating both [projects].” He anticipates further expansion drilling at Pikoo, while at Q1-4 a late summer/fall drill program is in the works.

At close of day Monday, North Arrow’s share price was sitting flat at $0.83. Year-to-date it’s up an impressive 62.75 percent. For more insight from Armstrong, watch Resource Investing News’ recent interview with him at PDAC.

Editorial Disclosure: North Arrow Minerals is a client of the Investing News Network. This article is not paid-for content.