After a trading halt midway through the day on Thursday, North Arrow Minerals released an update on the processing of a bulk sample from its Nunavut-based Qilalugaq diamond project. 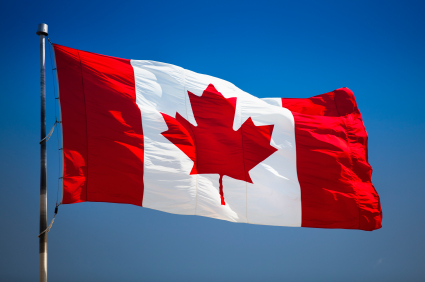 After a trading halt midway through the day on Thursday, North Arrow Minerals (TSXV:NAR) released an update on the processing of a bulk sample from its Nunavut-based Qilalugaq diamond project.

The bulk sample, which was collected in July and August of last year from the Q1-4 kimberlite, weighs about 1,500 tonnes, and so far initial diamond recovery data has been gathered for about 46 percent of it. From that amount, 5,366 diamonds greater than +1 DTC and weighing 189.97 carats have been recovered.

Commenting positively on the results, Ken Armstrong, North Arrow’s president and CEO, said, “[t]hese initial diamond results are important as they clearly show that the yellow diamond population in the Q1-4 kimberlite is real and that yellow diamonds carry on into the grainer and carater diamond sizes. In fact, the proportion of yellow diamonds increases, both by stone count and carat weight, as the diamonds move into the larger size classifications. This was one of the main questions the bulk sample was intended to answer.”

He added, “[o]verall diamond recoveries to date are in line with expectations for the sampled area of the kimberlite and we look forward to completing final processing of the sample in April and submitting the resultant diamond parcel for formal valuation.”

His enthusiasm is understandable given that colored diamonds have been garnering increasing attention lately. Indeed, one key trend diamond market trend in 2014 was the record-setting sales records such diamonds achieved at auction.

That said, others have reacted to Thursday’s news a little less positively. Tommy Humphreys of CEO.ca notes in an article that John Kaiser of Kaiser Research, as well as an unnamed source, were unimpressed with the results, though the former admitted that the sample is small and the results are early. By contrast, he also spoke to Lukas Lundin of the Lundin Group, who believes the results are “a big deal.”

Investors will have to wait for the rest of the bulk sample to be processed to gain a better idea of how Thursday’s results fit into the big picture. Ultimately, North Arrow’s plan is to use the processing results to give an indication of the Q1-4 kimberlite’s overall diamond value; they will also be used to determine “the sample’s diamond content, size distribution and to establish whether or not a population of yellow diamonds seen in earlier-stage sampling persists into the larger diamond sizes.”

The company will be exhibiting at PDAC from March 1 to 4 in Booth 2707. Armstrong will be presenting on March 3 at 11:00 a.m. in room 801b as part of the diamonds session of the Investors Exchange.

Editorial Disclosure: North Arrow Minerals is a client of the Investing News Network. This article is not paid-for content.

Why Scandium Could be a Huge Opportunity
How Low Could the Silver Price Go?
The Problems with Accredited Investor Restrictions
5 Big Gold Price Calls That Could Become a Reality