While they may sound like the invention of a science fiction author, nanodiamonds are quite real. What’s more, they’re being used for diverse — and vital — work, including delivering drugs, fighting cancer and bioimaging. 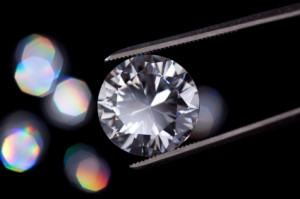 While they may sound like the invention of a science fiction writer, nanodiamonds are quite real. What’s more, they’re being used for vital work across a number of industries.

“Nanodiamonds have excellent mechanical and optical properties, high surface areas and tunable surface structures,” states an article authored by experts at various universities and published in the journal Nature Nanotechnology. “They are also non-toxic, which makes them well suited to biomedical applications.”

​Nanodiamonds are extracted from the soot that results from explosions, which is why they’re sometimes referred to as detonation nanodiamonds. However, not just any explosion will do — carbon, the same material diamonds are made from, is a key ingredient. Experts agree this process was first pioneered by Soviet scientists.

As their name suggests, nanodiamonds are tiny and tend to be between 4 and 10 nanometers in size. Keep in mind that a nanometer is one-billionth of a meter and you’ll have an idea of just how small a scale scientists are working with.

Of course, anything human scientists can do, Mother Nature can accomplish just as well. Futurity, a website that collects research news from top universities, reported this past summer that some scientists believe nanodiamonds were created by a comet that exploded over Earth nearly 13,000 years ago.

On the same note, a research paper titled “Evidence for an extraterrestrial impact 12,900 years ago that contributed to the megafaunal extinctions and the Younger Dryas cooling” outlines the presence of nanodiamonds at 32 different sites across 11 countries on three continents.

“Clovis-age sites in North American are overlain by a thin, discrete layer with varying peak abundances of magnetic grains with iridium, magnetic microspherules, charcoal, soot, carbon spherules, glass-like carbon containing nanodiamonds, and fullerenes with [extraterrestrial (ET)] helium, all of which are evidence for an ET impact and associated biomass burning at ≈12.9 ka,” the article states. “This layer also extends throughout at least 15 Carolina Bays, which are unique, elliptical depressions, oriented to the northwest across the Atlantic Coastal Plain. We propose that one or more large, low-density ET objects exploded over northern North America, partially destabilizing the Laurentide Ice Sheet and triggering [Younger Dryas] cooling.”

In short, this theory posits that nanodiamonds can be created by both humans and natural events when enough heat, pressure and carbon are involved.

What are nanodiamonds used for?

According to a study featured in Nature Nanotechnology, the possible uses of nanodimonds are endless.

“These little gems have a wide range of potential applications in tribology, drug delivery, bioimaging and tissue engineering, and also as protein mimics and a filler material for nanocomposites,” the article states.

However, nanodiamonds have made the most headlines for their potential use in fighting cancer.

As per a report from Cardiff University in Wales, scientists are using nanodiamonds to measure the processes occurring within living cells, which in turn could assist with drug delivery and cancer therapeutics.

“This new imaging modality opens the exciting prospect of following complex cellular trafficking pathways quantitatively with important applications in drug delivery,” said Professor Paola Borri from the School of Biosciences, who led the study at Cardiff University. “The next step for us will be to push the technique to detect nanodiamonds of even smaller sizes than what we have shown so far and to demonstrate a specific application in drug delivery.”

With the potential medical breakthroughs nanodiamonds may offer, not to mention the numerous other applications they can be used for, it’s no surprise that companies are devoting resources to the production of these materials.

As with many other resources, nanodiamonds represent an investment that could provide huge returns; however, for the time being it seems that most companies making them are private.

For instance, one organization at the forefront of nanodiamond production is Ray Techniques, a private Israeli company that fabricates nanodiamonds and nanodiamon​d compounds by laser treating targets containing carbon soot mixed within hydrocarbon media.

This differs from the traditional production method involving explosive detonation.

Another company to be aware of is NanoDiamond Products, which since 2013 has offered a variety of diamond products after significant investment in nanodiamond production equipment and processing techniques.

Yet another company to keep an eye on is EMFUTUR Technologies, which supplies a wide range of nanomaterials, including nanodiamond mixtures for customized requirements. The company states that it uses “controlled dry detonation synthesis and purification procedures” in the production of nanodiamonds and other nanomaterials.

Investors keen on nanodiamonds might do well to keep an eye out for public companies getting into the space, something that may happen as the gems gain further applications and become more mainstream.