It’s been tough for diamond juniors to raise money lately, but John Kaiser recently identified Kennady Diamonds as one that’s been able to do so. Here’s a look at the company’s latest delineation drilling results. 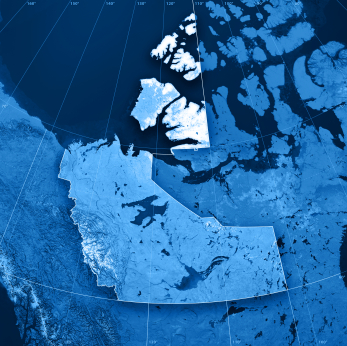 At Cambridge House International’s recent Vancouver Resource Investment Conference (VRIC), John Kaiser of Kaiser Research spoke to Resource Investing News about the positive price outlook for diamonds, but noted that it’s been tough for juniors in the space to get exploration funding.

That said, he also identified a number of companies that have been successful in that regard, pointing to Peregrine Diamonds (TSX:PGD), Mountain Province Diamonds (NASDAQ:MDM) Stornoway Diamond (TSX:SWY), Shore Gold (TSX:SGF) and Kennady Diamonds (TSXV:KDI) as a few examples.

The corridor is located at Kennady’s Kennady North project, which is in Canada’s Northwest Territories, adjacent to the Gahcho Kue diamond project, a joint venture between De Beers and Mountain Province. Kennady North hosts four known kimberlites — Kelvin and Faraday, as well as Doyle and MZ.

Commenting positively on Thursday’s news, CEO Patrick Evans said, “[w]e are very pleased to have intersected the Kelvin kimberlite approx. 50 meters to the NW of drill hole 033a. We had delineated the Kelvin pipe-like body over a strike of approx. 610 meters up to 033a. Drill hole KDI-15HQ-001b, drilled across the pipe from southwest to northeast, now confirms the continuity of Kelvin’s strike to over 660 meters.”

He added that moving forward, Kennady will be looking to drill a vertical delineation hole above the intersect achieved in hole KDI-15HQ-001b. The company also plans to recover a 500- to 700-tonne bulk sample from Kelvin, with diamonds weighing over 1,200 carats expected to be discovered. Exploration at the Doyle and MZ kimberlites, as well as other new exploration targets, is in store too.

That’s a fair bit of work, but those wondering whether the company will be able to keep bringing in money will soon have an answer. Kennady recently announced a C$20-million non-brokered private placement, and it’s expected to close around February 17, 2015.

At close of day Thursday, shares of Kennady were up a modest 0.53 percent, selling for $3.80 each. Watch the video below for more of what Kaiser had to say about Kennady and the diamond space at VRIC.