Canadian diamond miner, Stornoway Diamond Corporation, has released new information about their Renard Project in Quebec. Larger than originally thought, the operation is targeted to start producing by late 2013. The government of Quebec, looking to reduce deficits, is raising taxes on the province’s mining operations. Also, Harry Winston reports losses in 2009, yet remains hopeful for the future of the industry. 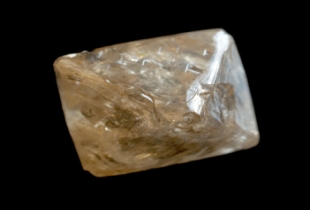 The Canadian diamond industry has had mixed signals as of late. While consumer desire for conflict free diamonds have them looking to countries like Canada, companies are still hurting from the economic downturn. On the heels of good news from Stornoway’s Renard Project, which may be twice as large as originally expected, Harry Winston Diamond Corporation has reported massive losses in 2009. However, sales throughout the industry are up, fueled largely in part by Asia’s growing lust for the jewels. While new mines are coming online in the near future, the government of Quebec is raising taxes on mining companies for the first time in 15 years, mostly due to the government’s C$4.5 billion budget deficit.

Stornoway Diamond Corporation [TSE:SWY] has released a very positive outlook for its Renard Project in Quebec. The mine, originally thought to have a life of seven years, is much larger than expected and may produce for up to 25 years. “Yielding 1.8 million tonnes of kimberlite every 12 months and a total diamond production of 30 million carats. That’s up from an earlier estimate of a seven-year lifespan. A higher processing capacity supported by a bigger overall project would reduce operating cost per tonne by as much as 22%,” reports Nicholas Van Praet for the Financial Post. News of the increased size and reduced operating costs for the mine sent shares up 26% initially.

The company, led by Eira Thomas, the geologist behind the Daivik Diamond reserve a decade ago, is searching for funding for its Quebec operations. The project is expected to cost C$511 million, up from initial estimates of $308 million, mainly because of the new, larger size of the mine. The production target of late 2013 is coming up fast. “It’s an “aggressive” schedule,” said Ms. Thomas. “The risks are, can a company of Stornoway’s size actually go out to the capital markets and raise the necessary capital to put the mine into production, and can we meet the schedule?” said Thomas in a recent interview. If funding for the mine comes quickly enough to ensure the target production date, the small-cap company may be deserve a closer look.

The good news for Stornoway comes with a slight political hitch. While the government of Quebec is helping with the costs associated with the new mine, such as road building, they are also raising the overall cost of doing business within the province. The Government of Quebec announced that it would be raising taxes for mining firms in an effort to draw down the C$4.5 billion budget deficit. The new provisions will “[raise] the former 12% mining duties rate to 14% immediately and to 16% by 2012. [Finance Minister Raymond Bachand]  estimated they will pad government revenues by at least $240-million over the next five years,” reported Nicholas Van Praet, for the Financial Post. The rise of the tax rate by 4% over the next three years may make some investors gun shy over the new opportunities in the province.

Losses for the Canadian Diamond Industry

Harry Winston Diamond Corporation [TSE:HW][NYSE:HWD] reported a massive $73.2 million dollar loss in 2009, as compared with an over $70 million dollar profit from the year before. The losses, mainly attributed to the economic downturn, did see a 13% rise in 4Q sales in 2009; a good sign for things to come in 2010. “Fourth quarter consolidated sales of $133.7 million were a 13 percent year-over-year increase,” said Edahn Golan of IDEX online. “The increase in quarterly rough diamond sales resulted from a combination of a 12 percent increase in prices and an 11 percent increase in volume of sales.”

Despite recent, losses the company remains hopeful for the future of the industry as a whole. The upsurge in demand from Asia, and the improving world economy will help gain back some of the losses felt throughout the luxury goods sector. “The outlook for the diamond market for fiscal 2011 is positive, with evidence of increased consumer demand in the Far East and India, coupled with the reawakening of the US retail sector, providing the basis for continued expected price growth in rough diamonds,” noted a Harry Winston Diamond Corporation fiscal report for 2010.