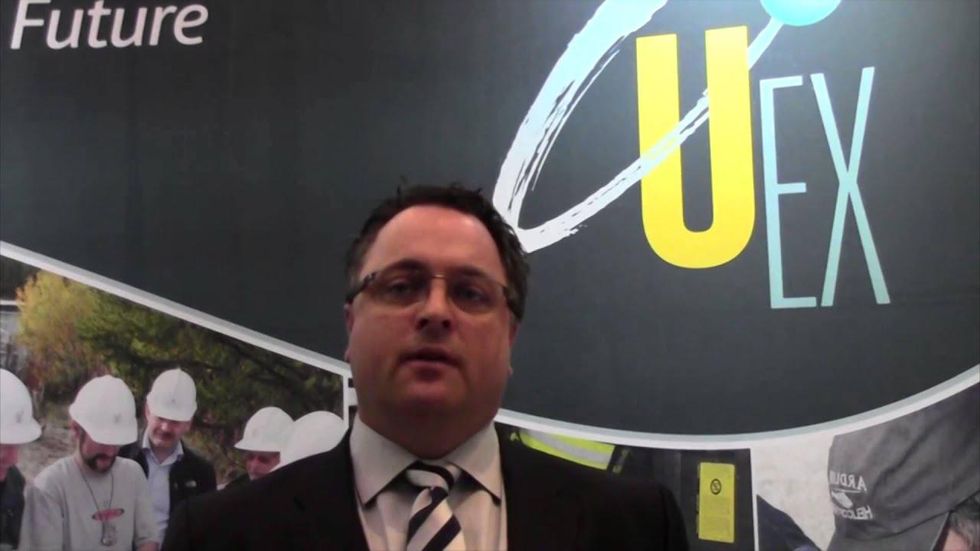 UEX Corporation (TSX:UEX) President & CEO Roger Lemaitre, spoke to Resource Investing News at the Prospectors and Developers Association of Canada (PDAC) Convention about their projects with Cameco Corporation and AREVA.

UEX Corporation (TSX:UEX) President & CEO Roger Lemaitre, spoke to Resource Investing News at the Prospectors and Developers Association of Canada (PDAC) Convention about their projects with Cameco Corporation and AREVA. In 2013, work at Shae Creek included additional drilling and a resource expansion to 95 million pounds. Work was also initiated at their other property, Hidden Bay, where they are working towards prefeasiblity. According to Mr. Lemaitre, “the biggest catalyst of all will be the announcement of the Japanese restarts actually occurring, which we believe will happen sometime in 2014.” He continues to say that this will positively affect the price of uranium, due to them impending high demand.

UEX (TSX:UEX, OTC:UEXCF.PK, UXO.F) is a Canadian uranium exploration and development company actively involved in 16 uranium projects, including six that are 100% owned and operated by UEX, one joint venture with AREVA that is operated by UEX, as well as eight joint-ventured with AREVA and one joint venture with AREVA and JCU (Canada) Exploration Company, Limited, which are operated by AREVA. The 16 projects, totaling 264,363 hectares (653,255 acres), are located in the eastern, western and northern perimeters of the Athabasca Basin, the world’s richest uranium belt, which accounts for approximately 15% of the global primary uranium production. UEX is currently advancing several uranium deposits in the Athabasca Basin which include the Kianna, Anne, Colette and 58B deposits at its currently 49.1%-owned Shea Creek Project, and the Horseshoe, Raven and West Bear deposits located at its 100%-owned Hidden Bay Project. UEX currently has a cash position of approximately $8.7 million.