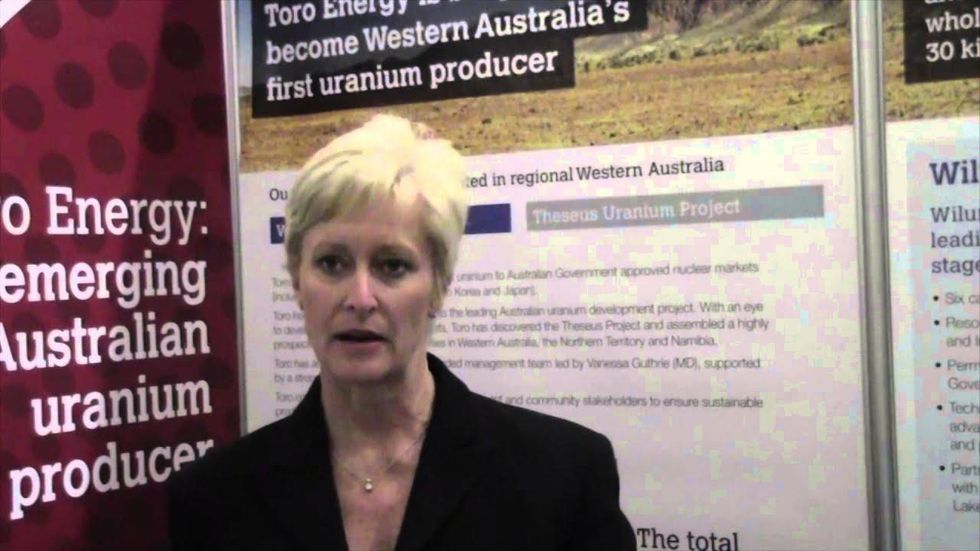 Toro Energy Limited (ASX:TOE) Managing Director Vanessa Guthrie spoke to Resource Investing News about the Wiluna Project, Western Australia’s emerging uranium mine. The Project is now fully permitted and “ready to build the mine”, according to Ms. Guthrie. In 2014, the company is focused on completing their Definitive Feasibility Study, as well as drilling.

Toro Energy is a modern Australian uranium company with progressive project development, acquisition and growth. The company is based in Perth, Western Australia.

Toro’s wholly owned Theseus Project is a recent discovery with results to date indicating the potential for a high grade mineralised system. The Company also owns uranium assets in the Northern Territory and in joint venture in Namibia, Africa.