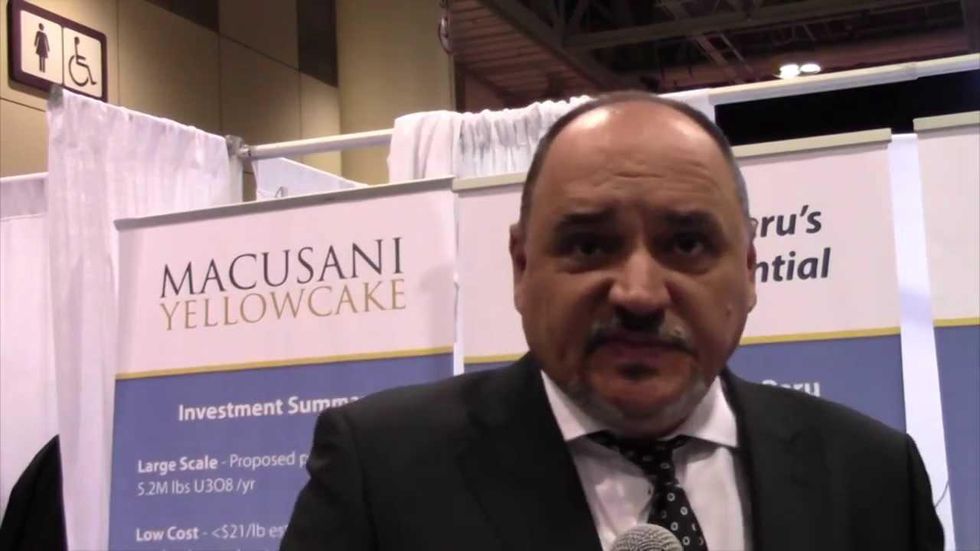 Macusani Yellowcake Inc. (TSXV:YEL) CEO Laurence Stefan spoke about current uranium prices and said, “we cannot be much better than the market we are in.”

Macusani Yellowcake Inc. (TSXV:YEL) CEO Laurence Stefan spoke to Resource Investing News at the Prospectors and Developers Association of Canada (PDAC) Convention about current uranium prices and said, “we cannot be much better than the market we are in.” He says that, “as a result of the shortage happening in the market, we believe uranium prices would look much higher in 2015 and definitely in 2016.”

Macusani Yellowcake Inc. is a Canadian uranium exploration and development company focussed on the exploration of its properties on the Macusani Plateau in southeastern Peru. The Company owns a 99.5% interest in concessions that cover over 90 000 hectares (900 km2) which are situated near significant infrastructure. Macusani Yellowcake is listed on the TSX Venture Exchange under the symbol ‘YEL’ and the Frankfurt Exchange under the symbol ‘QG1′. The Company has 159 473 613 shares outstanding.