Better-than-expected U.S. jobs data and steps forward by the ECB to resolve the debt crisis is boosting commodities, but long-term worries remain. 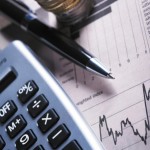 Slightly better-than-expected US jobs data and renewed hopes for a move forward towards a resolution to Europe’s debt crisis is pushing commodities slightly in the black Friday morning. Nonetheless, longer-term concerns about the fundamental strength of the US and European economies in particular are seen weighing down both the energy and metals markets moving forward.

Ahead of the opening bell, the US Department of Labor reported September’s unemployment rate remaining steady at 9.1 percent, while non-farm payrolls rose 103,000, above the 60,000 increase expected by analysts polled by Thomson Reuters. The European Central Bank’s decision to increase aid to struggling financial institutions, together with the Bank of England announced another round of bond buying in an attempt to prop up the British economy, also influenced market players.

Looking ahead, though, clouds continue to loom as worries about the sustainable strength of the global economic engine remains in question, not least amid continued worries about the Eurozone’s debt crisis and anxiety over the future of the US employment situation.

“I am not as optimistic as I was six months ago…and globally the economy will not perform as well as we expected,” Tillerson said.

Yet, not even the Asia-Pacific region is immune from the uncertainties facing North America and Europe. Rig use by energy explorers in Asia fell 10 percent in September from a year ago as oil prices fell, according to oilfield services group Baker Hughes (NYSE:BHI). The company reported 252 rigs in operation across the region, compared to 281 a year ago and 252 units in August.

As for gold, demand for the yellow metal as a safe haven will continue next year amid continued anxiety about the global economy, according to Morgan Stanley (NYSE:MS). The investment bank expects gold prices to rise about 35 percent to average $2,200 an ounce in 2012, with a so-called bull-case target of $2,464.

“Gold, and silver to a much lesser extent, are viewed as safe haven and store of value as well as the closest thing to a global reserve currency,” Morgan Stanley reported.

The price of the yellow metal had reached record levels in September as panic spread about the euro zone’s debt crisis threatening the future of the euro itself. But investors had to sell off their holdings in the safe haven asset to cover their losses, leading the precious metal’s price too to flounder. With equity prices rebounding, investors are expected to be willing and able to get back into the gold market.

As for the base metals market, Barclays Capital said that it was “cautionary as opposed to bearish,” in light of the lack of clear direction from European governments to tackle the debt crisis. “Demand is weakening fast and is expected to worsen as the region slips into the mild industrial recession the economic indicators are pointing to,” the British investment group said. It is, however, more upbeat about prospects in North America and China, and expects demand for industrial metals to be steady as a result.

Certainly, copper has gained from renewed hopes for an upturn in global economic prospects over the past few days, and traders anticipate a surge in Chinese bargain-hunting to bolster the red metal from its 14-month low posted earlier in the week.

Meanwhile, the world’s largest copper miner Freeport-McMoRan Copper & Gold (NYSE:FCX) said it will scale up its mining and milling output at its Indonesian mine. About 12,000 of the 23,000 workers at the mine went on strike Sept. 15 to demand higher wages, but they voted Thursday to end their strike by Nov. 15. Freeport–McMoRan said, however, that some workers have already returned to work.