Spearmint Resources Inc. (TSXV: SRJ) (“SRJ” or the “Company”) wishes to announce that it has increased its land holding on the “Why West” prospect in British Columbia.

Spearmint Resources Inc. (TSXV: SRJ) (“SRJ” or the “Company”) wishes to announce that it has increased its land holding on the “Why West” prospect in British Columbia. The Why West project is prospective for Magnesium and is located near Rossland, BC. This property now consists of approximately 10, 300 acres.

James Nelson, President of Spearmint states, “Adding this new acreage shows the commitment SRJ management has to growing the company. We recently saw strong numbers on our Clayton Valley lithium property drill program and anticipate further work being conducted shortly there. Furthermore, we are entering into a period where we expect to be active on our Golden Triangle properties and expect to see a flurry of activity from all the companies in the area. We have flow through money in the bank and plan to be very active in Canada as well as in Nevada.” 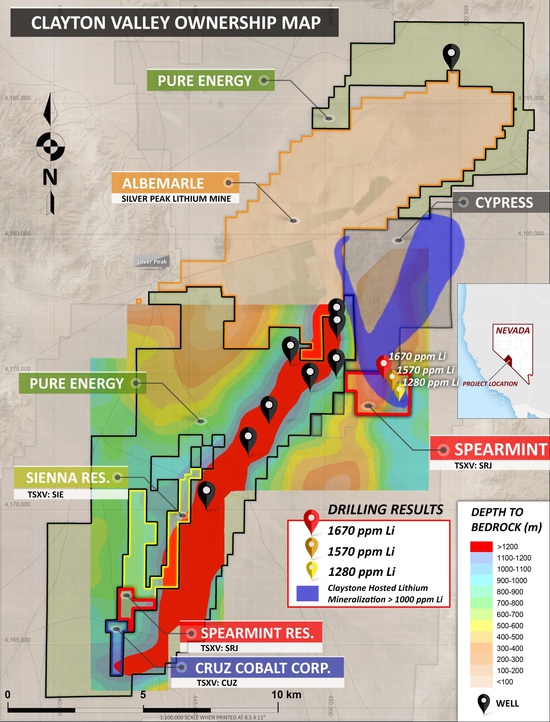 Spearmint is currently in the process of creating location maps for our properties as well as updating the website.

If you would like to be added to Spearmint’s news distribution list, please send your email address to info@spearmintresources.ca.

Click here to connect with Spearmint Resources Inc. and receive an Investor’s Presentation.