Peru once hosted the first industrial-scale vanadium mine in the world, but after it was depleted vanadium stopped being mined in the country. A mining consultant is hoping that will change. 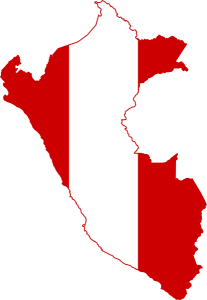 According to Tony Hammond, a Peru transplant now living in Arizona, the history of vanadium mining can be traced back to a couple of cold miners looking to stay warm on the job.

“The interesting thing is Minas Ragra was discovered in 1905 by sheer accident,” said the mining engineer and consultant about Peru’s largest vanadium mine. “My great-grandfather and his colleague, who was a metallurgical engineer, sent workers to fetch some coal because it’s very cold up there in the mountains of Peru. These workers took some samples of what they thought was coal. They brought it to camp, and when they started a fire with this material, it emitted toxic fumes and nearly killed them.”

The Minas Ragra mine was uncovered shortly thereafter, and was bought up by American investors, kickstarting a vanadium rush in the South American country. Indeed, a January 1920 newspaper article published by The Register in Adelaide talks about the “immense vanadium deposits of Mina Ragra,” noting that if it were to suddenly run dry, the growing American auto industry would be crippled.

But Minas Ragra did run dry. One of the first industrial-scale vanadium mines put into business, Minas Ragra once produced 52 percent of the world’s vanadium, dropping the price of the metal from $4,792 per pound to a low $5.50 a pound. By 1955, however, the resource was tapped out and the world was without an estimated 43,023 tonnes of vanadium pentoxide.

Hammond estimates that total production of vanadium from the project would be equivalent to $548 million in today’s markets.

Since the mine’s shutdown, no other large-scale vanadium projects have been placed into operation in Peru, with vanadium exploration disappearing from the country for more than 60 years.

Hammond, who does mining consulting work for companies looking to start projects in Peru, has compiled a report looking at the possibility of restarting vanadium mining in the Cerro de Pasco region.

He believes the rise of mining companies interested in vanadium — such as Largo Resources (TSX:LGO), which is working in Brazil — has helped boost interest in uncovering one of the next large vanadium plays. Largo has been steadily increasing its production output at its Maracas Menchen mine in Brazil, having shipped a total 1,140 tonnes of vanadium since it started.

“Once Minas Ragra was depleted, there was no follow up,” said Hammond. “Reusable vanadium in renewable energy will put Largo Resources and other pure-play companies, like in Australia and South Africa, at an advantage.”

Hammond says he would like to see a similar wave of investment return to Peru’s borders and is hopeful that his report may spark renewed interest in the once-prolific vanadium producer. Investors would do well to keep an eye on the region to see if his wish comes true.