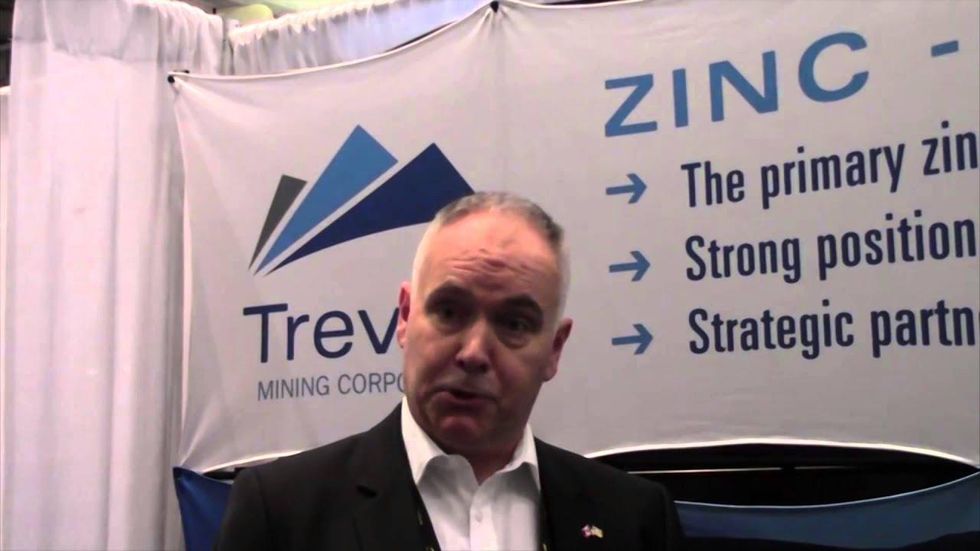 Trevali Mining Corporation (TSX:TV) VP of Investor Relations, Steve Stakiw is bullish on zinc; talks about the producing Santander mine in Peru and the Caribou mine in New Brunswick which will be “up and running about this time next year.”

Trevali Mining Corporation (TSX:TV) VP of Investor Relations, Steve Stakiw spoke to Resource Investing News at the Prospectors and Developers Association of Canada (PDAC) Convention about the producing Santander mine in Peru and the Caribou mine in New Brunswick which will be “up and running about this time next year.” Mr. Stakiw states that the Company is bullish on zinc: “Current forecasts are also bullish and that’s really driven by the fact that there is very little zinc production globally and there are lots of major mines that are closing.” In 2014, investors can expect regular quarterly reports from production at the Santander mine in Peru, as well as a final engineering study for Caribou late in Q1, as well as drill results from New Brunswick.

Trevali is a zinc-focused base metals mining company with operations in Peru and Canada.

In Peru, the Company is actively operating its wholly-owned Santander underground zinc-lead-silver mine and 2,000-tonne-per-day metallurgical plant, and producing zinc and lead-silver concentrates.

In Canada, Trevali owns the Caribou mine and mill, Halfmile mine and Stratmat polymetallic deposit all located in the Bathurst Mining Camp of northern New Brunswick. Initial trial production from the Halfmile underground mine was successfully undertaken in 2012 and the Company anticipates commencing operations at its 3,000-tonne-per-day Caribou Mill Complex in early 2015.